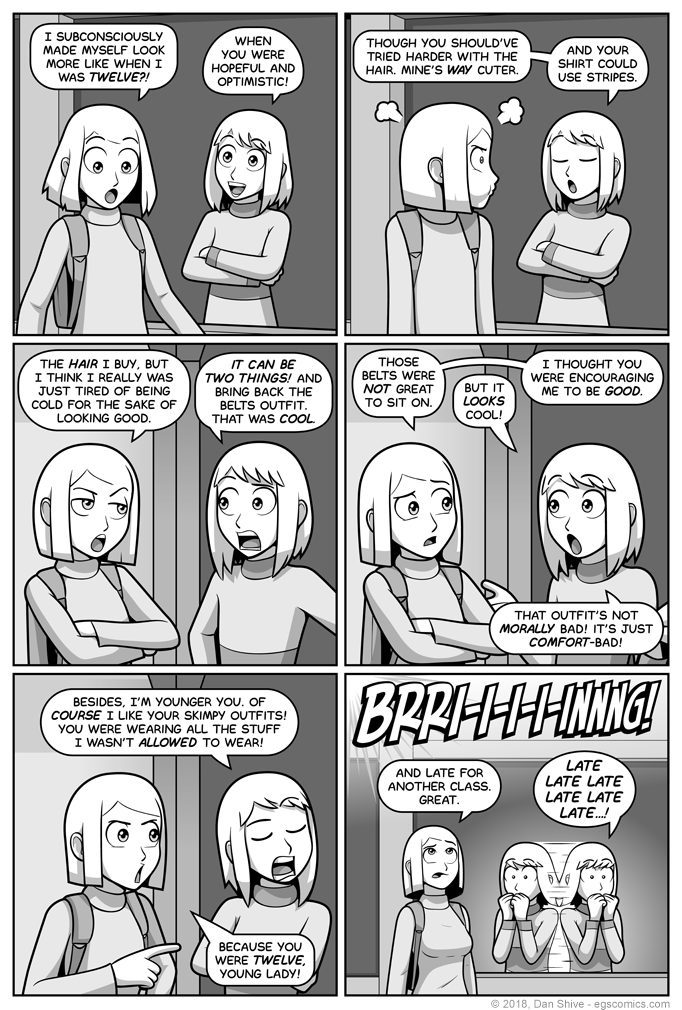 I wasn't originally going to draw Diane younger for most of this comic, but I felt it would be fun for the first panel, and then decided to just keep it going until the last panel.

After the previous comic, a few people expressed concern that an intended lesson here was that dressing conservatively was "being better", and I suspect more would have joined them had I not commented on it myself later.

That same comic had a panel with Nanase as an example of goodness in a revealing outfit (to which I said "hey, YEAH!" when someone pointed it out), so mixed messages if I'd intended that, but NO! Such was not my intent!

This concern of outfit morality, however, did help inspire some more entertaining dialogue in today's comic than might have been there otherwise, including my finally thinking through how comfortable that belts outfit would actually be.

MY CONCLUSION? Not very comfortable, no. Maybe consider a skirt with that pattern on it?

So I feel it ultimately turned out well, but it did make me change Diane's line in the second to last panel. It was originally "there's a reason for that" instead of "because you were twelve". I find the former funnier, but it also potentially re-opened that whole can of worms. I opted for favoring clarity.