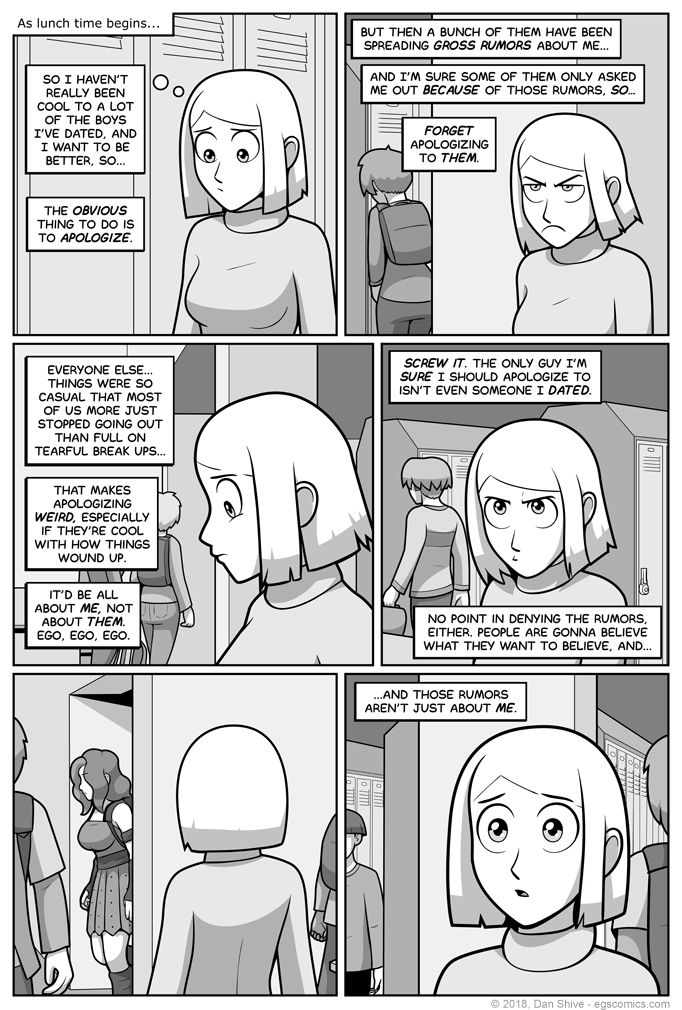 WOW do I love Lucy's outfit. If I was a tall woman with a bit of muscular bulk, I would TOTALLY wear that exact outfit.

The skirt is meant to look like it has little armor studs on it, but they don't actually stick out in a way that makes the skirt uncomfortable to sit on, so it's not the same as Diane wearing those functionally useless belts over her skirt.

The outfit also has arm and leg warmers, so YEAH. It's COLD OUT, but is Lucy as cold as she might otherwise be?

At the same time, she allows some of her skin to breath, which she finds comfy. She's also bigger than her friends, and she generally deals better with the cold than them in general, though less so with heat.