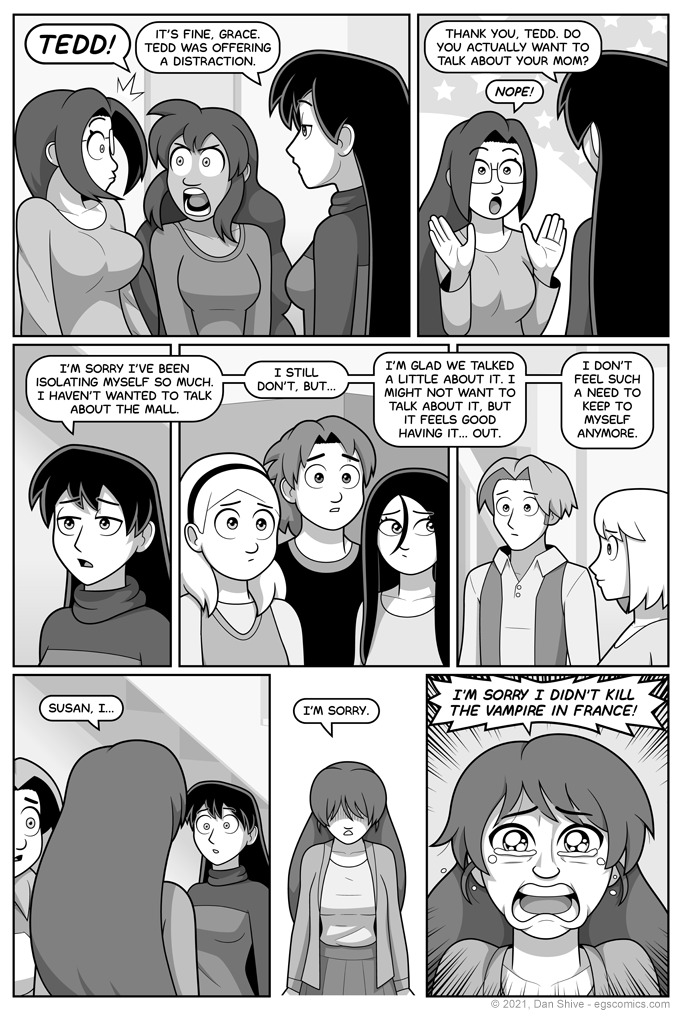 I have an an eyebrow size chart now.

I concede that I don't technically NEED an eyebrow size chart, but I want to up my eyebrow game while mostly having them technically be simple lines outside of closeups, and keeping the scaling consistent on them is much more linear than how I scale everything else.

That's what I'm focusing on in this commentary.

That's the sort of intense behind the scenes stuff I get up to.

More seriously, I'm increasingly happy with the results I'm getting, but my muscle memory is still adapting.

That might sound odd when referring to making a comic, how different can it be, but if you've played video games and gotten used to the jump button being one particular button on a controller, and then tried playing a game that changes up the jump button, you know how a small change can make your muscle memory suddenly cry out in utter confusion.

After playing that new game for long enough, however, you adapt, and suddenly you're playing like a pro again!

Then you go back to a game with the other jump button and it's the same nightmare all over again.