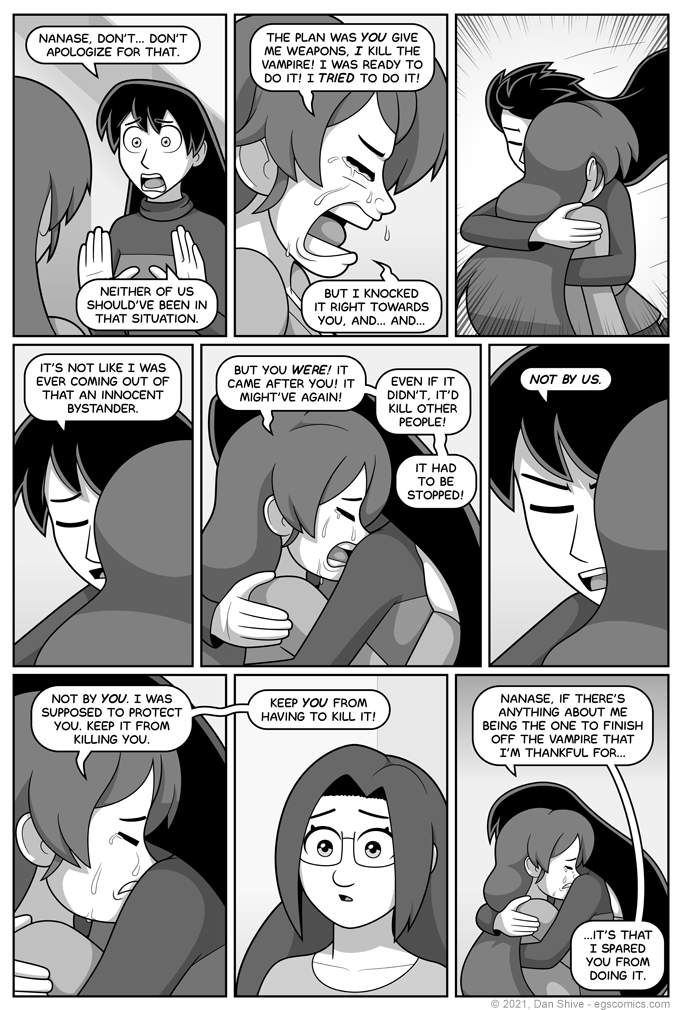 Fun fact: This was originally just supposed to be Nanase awkwardly apologizing for not killing the vampire, and Susan pointing out that neither of them should have been there. It was going to be pretty chill and done in three panels.

Then I thought "hang on, I haven't really checked in depth on Nanase's feelings on this subject. I probably don't need to, she was actually pretty on board with taking out the vampire, but best to do that before finishing this comic for Friday, which is about two thirds inked already."

"Let's see, and HOLY HECK SHE'S CRYING SHE'S CRYING SO MUCH OH YE GODS SHE FEELS TERRIBLE I PROBABLY SHOULD HAVE SEEN THIS COMING"

So that happened, which naturally impacts other things, too, like panel eight. What's Tedd doing there, all focused on while Nanase's talking about protecting Susan? What's going on in that Tedd head?!

Anyway, I am glad I caught that in time, though it's a LITTLE embarrassing that I wasn't kidding about having two thirds of the previous comic inked before realizing how Nanase felt about all this and having to do a rewrite right then and there.