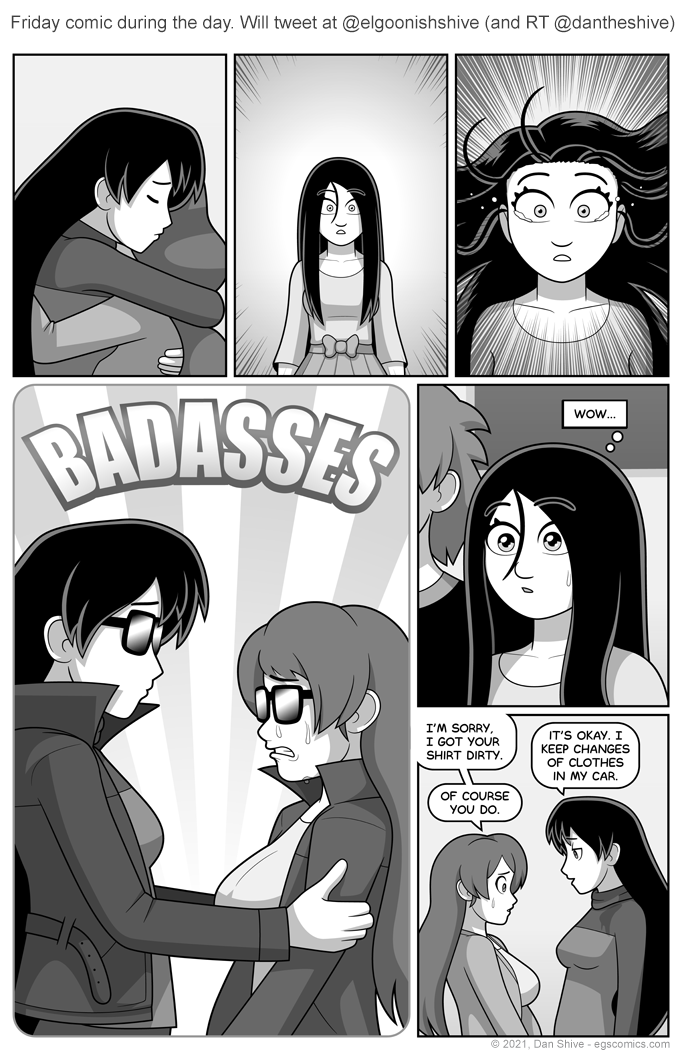 Granted, she's got a backup outfit, but as Nanase said of Susan, "of course you do."

I feel there’s a fine line in which I could inadvertently imply glorification of what Nanase and Susan have been through with Ashley’s reaction, and I’m really counting on what has been shown thus far (and Ashley's tears) to counter that interpretation without having to be overly specific within the comic itself.

With that in mind, I chose terminology implying toughness and impressiveness over “so cool” from Ashley's previous "I am impressed by this person" fantasy.

That’s what I was going for, anyway. COMMUNICATION AND NUANCE IS HARD.

Also, holy carp, I tripped and accidentally wrote things in a way that result in Ashley thinking Nanase is cool after all, and it’s fittingly not the result of Nanase trying to be cool.

Granted, Nanase has no idea this is the case, but still.