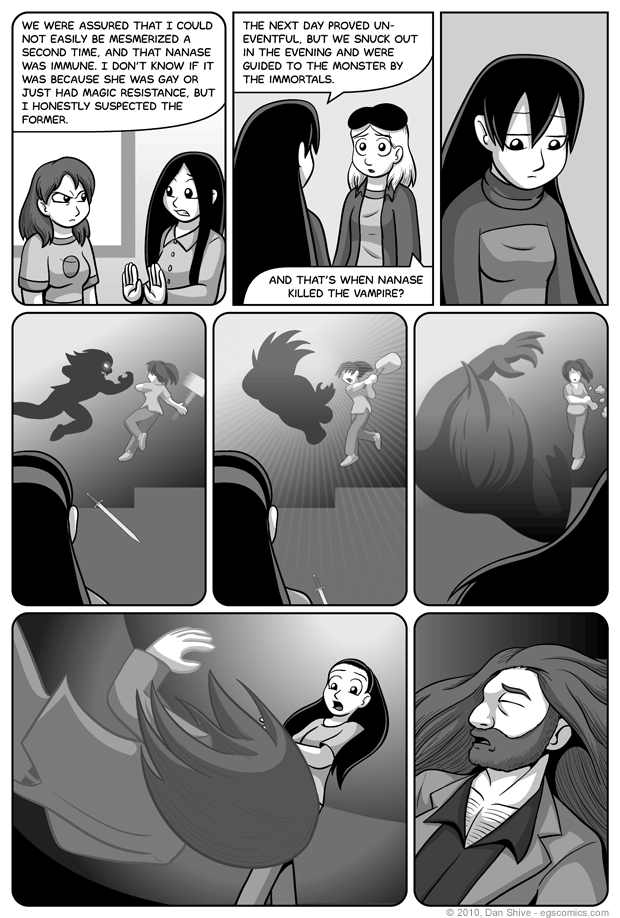 Posted May 28, 2010 at 1:00 am
Back during Night Out, there were seemingly random moments (well, at least in one comic) when Susan snarkily made comments suggesting Nanase was a lesbian. This isn't a retcon; Susan suspecting Nanase of being homosexual for this reason and the fact that Nanase had been questioned about being gay prior to Justin first asking about it has been part of planned continuity for a long, long time now.

Of course, Susan could have just been underestimating Nanase's magic resistance, so she might have been wrong about why Nanase was immune to being mesmerized. Much like at the end of an experiment on Mythbusters, the data we have is statistically insignificant, but hopefully it was fun to see what little there is being gathered.