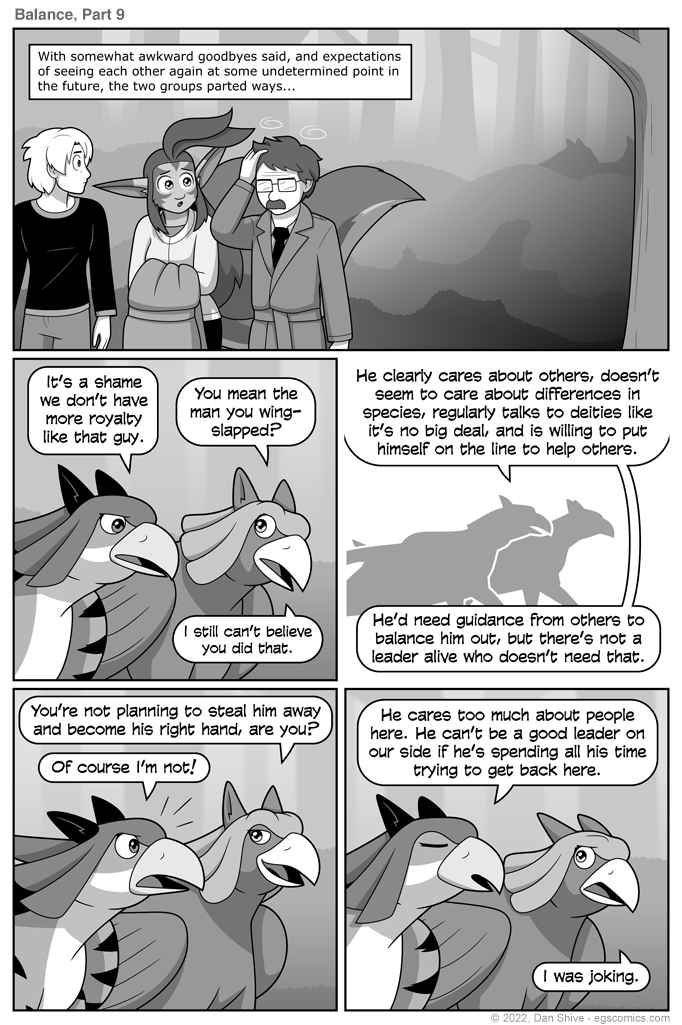 Edward was warned about side effects of the second healing spell.

Meanwhile, Grace continues to carry Elliot's coat because a) Elliot doesn't want to wear it, and b) Elliot's hands are sensitive right now, and Grace is helping him out by carrying it for him.

And yes, I could have devoted an entire page to settling why Grace has been holding the coat in some of these comics instead of Elliot. It took all of my willpower to not blatantly establish this critical detail.

Their "awkward goodbyes" could've gone on for over a week if I'd let them. Meanwhile, I've got an outline of things I need to cover before the end of Balance, and the only thing with Andrea and Tara that was left on it was establishing that Tara actually respects Mr. Verres, so...

Speaking of that outline, very little of it makes sense to do in the forest, so yaaaaay getting out of the woods soon yaaaaay...