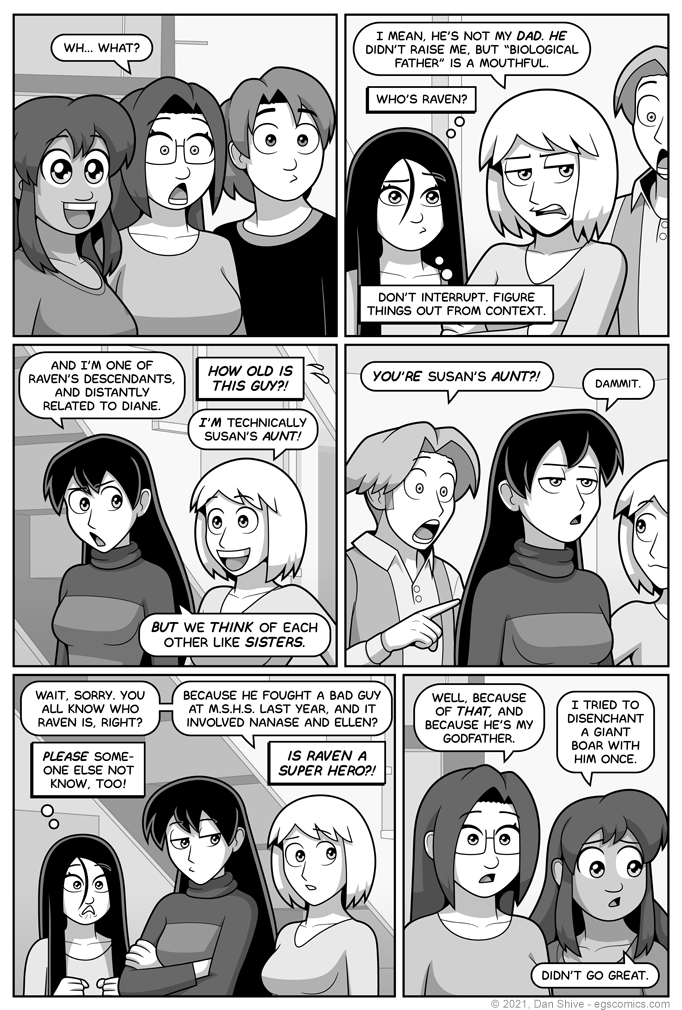 This page was posted late enough in the afternoon that I REALLY should have just made it a Monday comic, but live and learn, etc.

Grace was originally going to just have look of some sort of surprise like everyone else, but it occurred to me that she would consider this to be wonderful news, and would be immediately thrilled by it.

I feel like Ashley is at possibly her most and least relatable for certain people in this comic depending on relative levels of social awkwardness and confidence.

I really didn't want to bring things to a halt to recap Raven's biography right before a whole bunch of memory-jogging things about Raven were discussed anyway, so it's fortunate that it's 100% in character for Ashley to not want to make a fuss.