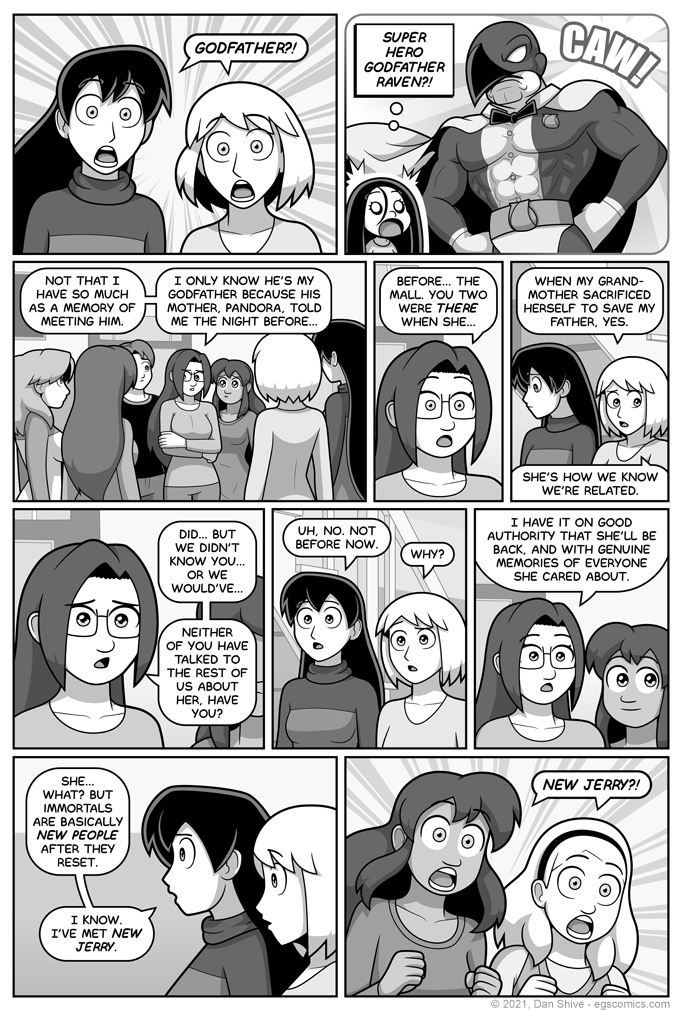 - The Authority in question

This page means a lot to me on a personal level, as it's the point at which a bunch of behind the scenes production experiments clicked for me. It was originally posted a little later than I'd have liked, but as recently as a week ago, I think it would have taken several more hours to make, and I would have been less satisfied with the results.

For anyone confused by it, however, the style of the super hero costume (that isn't a bird-hood) is referencing The Godfather movie.