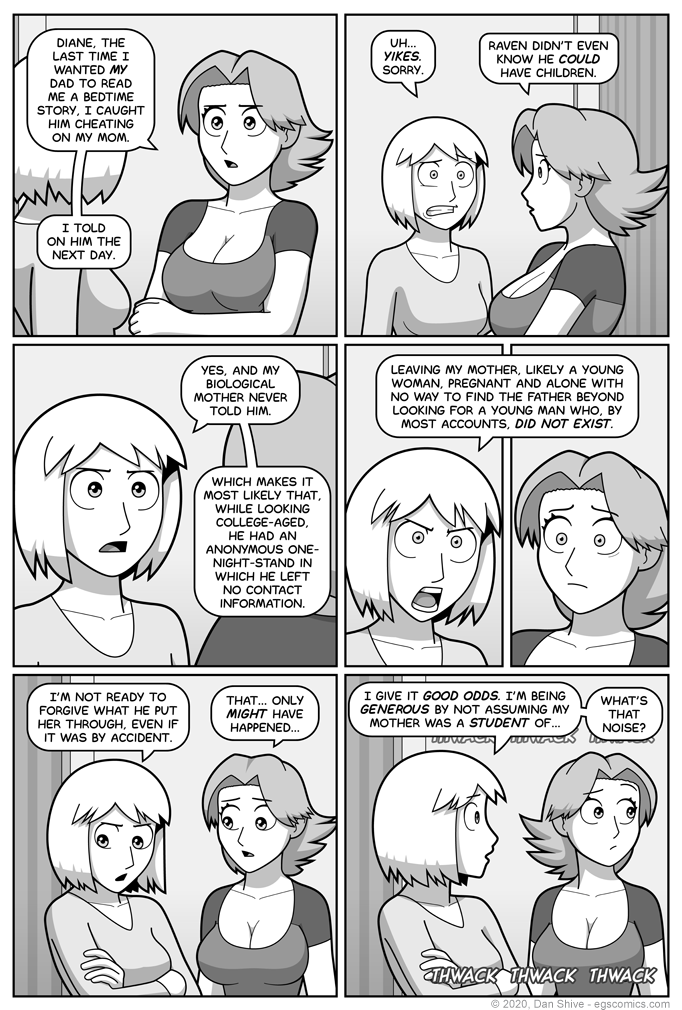 - Susan dreaming about the incident

- Previous, more vague reference to this hypothesis of Diane's

Under the circumstances, this would potentially be the simplest explanation for why Raven wasn't told, hence one possible reason Diane gives it good odds.

There are, of course, potential other explanations for why Diane's biological mother never told Raven. Another contender for simplest explanation could be that her biological mother didn't think enough of Raven to want him involved in any way, be it with her pregnancy or the raising of her child, and favored adoption over his involvement.

Which is its OWN can of worms in so far as what it might make Diane think of Raven, really.

Anyway, hey, something is probably being hit with something. Wonder what's up with that. Let's find out... NEXT PAGE!