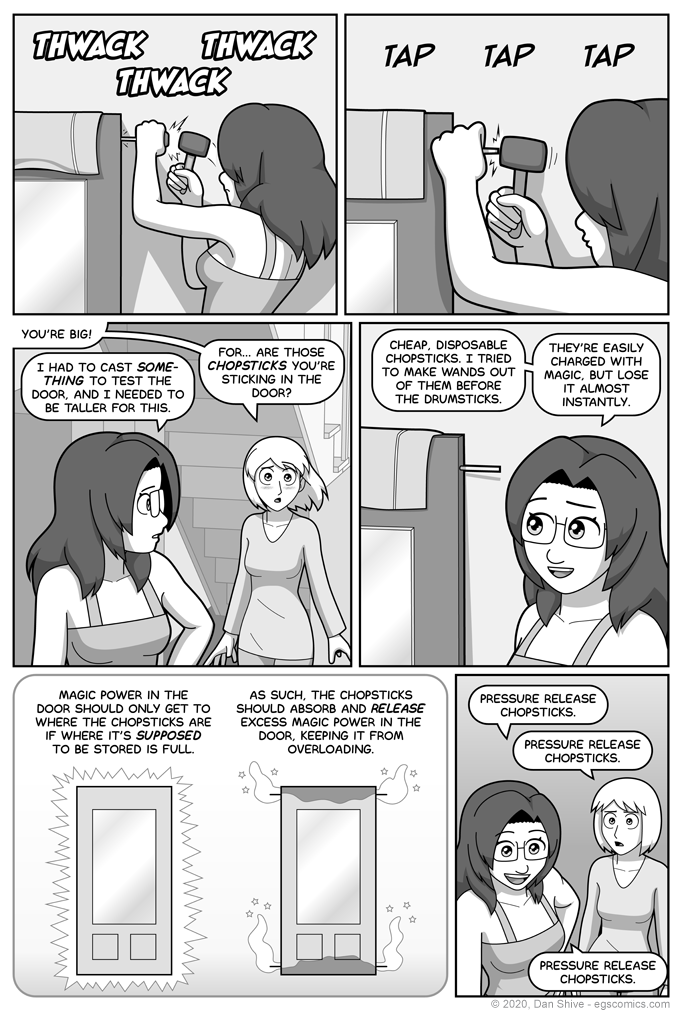 - Of course! This WAS the problem Tedd mentioned, after all

In retrospect, Diane's REALLY lucky to have guessed that they're chopsticks. Sticking out of a door like that and out of their usual context of being held in pairs, I'm pretty sure most people wouldn't have identified them correctly that quickly.

ANYWAY! I am legitimately having trouble stringing words together right now in a coherent manner, so for now, I'm just going to say I take pride in writing a comic in which "pressure release chopsticks" is a thing that can be said that makes sense in context.

Also, I originally wrote so much more exposition about those chopsticks. It was a bit absurd. I'm happy it wound up basically being explained in two panels.

Also also, I hadn't originally planned on Tedd making herself big! It was only after I realized Tedd was too short for this that I decided "well, there IS a solution for that", and Tedd's big on testing things, so... Big Tedd with excuses in panel three.

Okay, I guess I could string a few words together, but my mind is seriously unfocused right now, so... Night night.