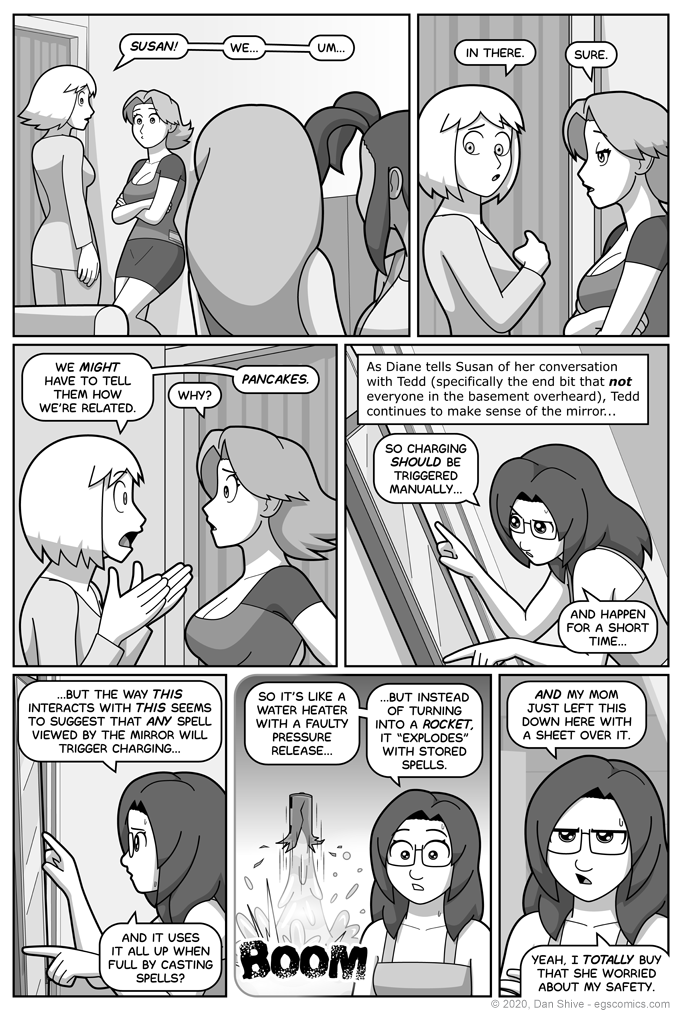 "Pancakes" is an acceptable explanation in any given situation and requires no elaboration.

If you're familiar with what Tedd's talking about in the second-to-last panel, I hope it's because you like Mythbusters, and not from personal experience.

Part of me wanted Susan to have moved over by the others by this point, but I also wanted Diane to have that "they're totally going to eavesdrop" realization in panel one, and that latter part won.

For the sake of my own headcanon, I must therefore assume Justin, Nanase and Ellen got onto some topic of conversation that Susan didn't want to touch with a ten-foot pole.