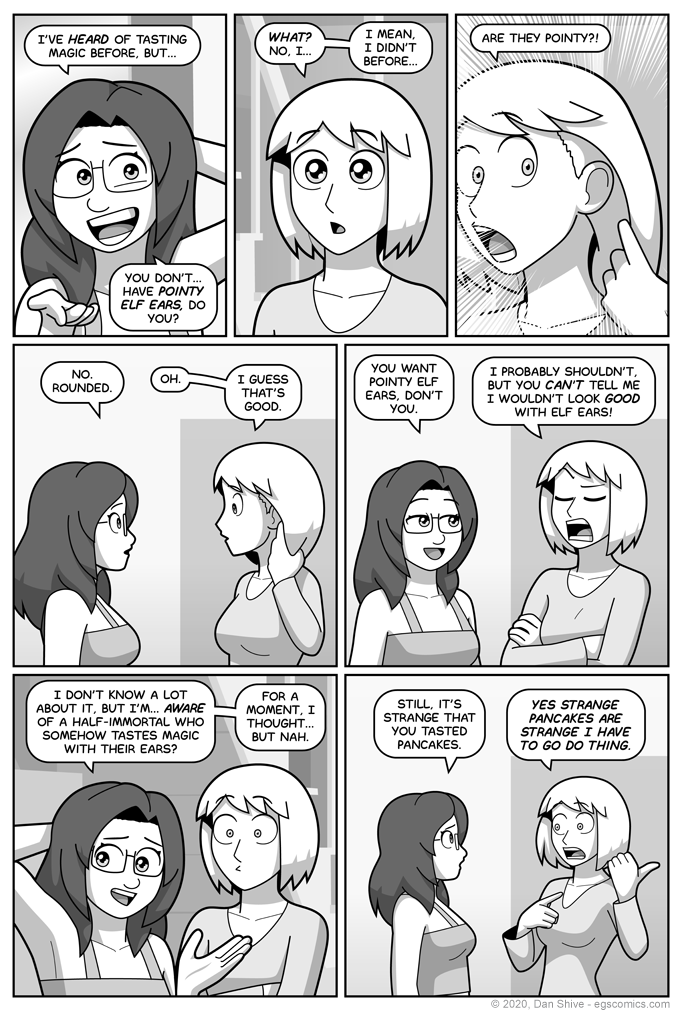 - THEY WERE POINTY EARLIER, DARN IT

It wasn't until I sat down to writing the actual dialogue that I realized Diane would be into having pointy elf ears.

Ah well. Live and learn while hanging on the edge of tomorrow and what-not.

Anyway, pancakes ARE strange, and prior to two comics ago, I had no idea spicy pancakes were a thing. While the existence of such pancakes presented me with a good way to conclude the previous page, I inadvertently started a bunch of arguments about pancakes, and what does or does not count as a pancake?

Darn it, wasn't it bad enough when we were arguing about what does or does not count as a sandwich?!

Because hamburgers are sandwiches.