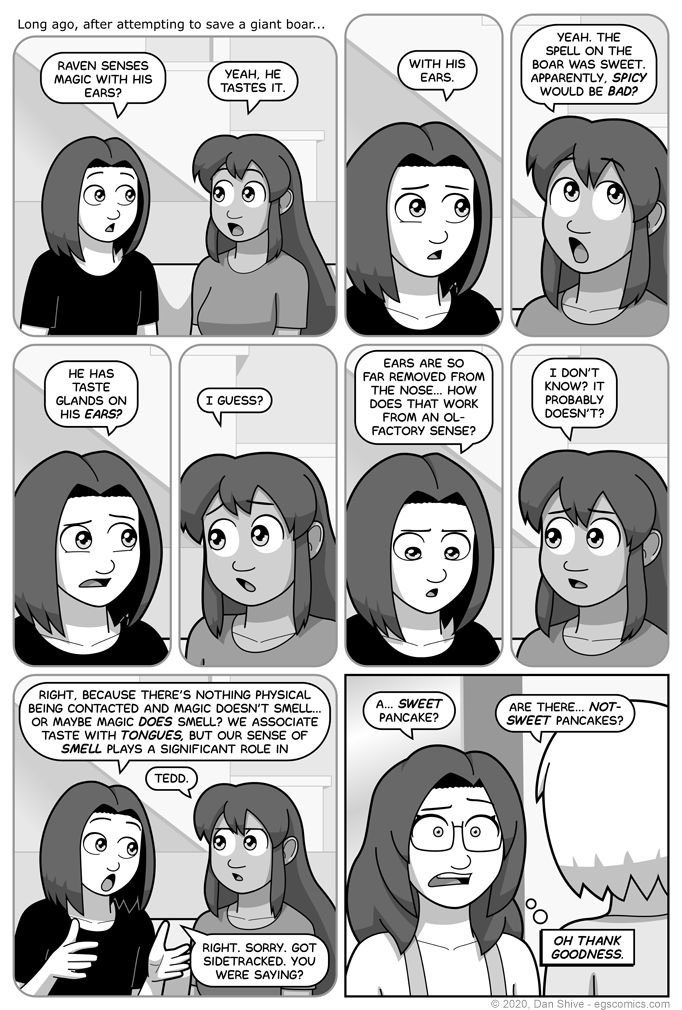 Assuming my memory does not betray me, the "tasting" of Magic was inspired in a somewhat roundabout way by the video game Skyrim.

In that game, you gain "shouts", dragon magic you unleash by, well, literally shouting. At one point, wise old men whose wisdom I always found questionable want to feel the effect of one of your shouts, and express this by saying they want to "taste of your voice". They refer to them "shouting" at you the same way.

The whole thing made me think of extremely bad breath, and years later, it's still difficult for me to shake the idea of the protagonist's shouts being accompanied by really bad breath.

ANOTHER train of thought that got me on was sensing things in non-traditional, possibly alien ways, and how that migh be interpreted by human senses. Would it be a whole new sense that most never experience, or would it translate in such a way that we interpret it as though it were another, existing sense we're already familiar with?

Realistically, I'd assume the former, but the latter allowed me the absurdity of pointy ears "tasting" magic, so OBVIOUSLY that's what I had to go with.