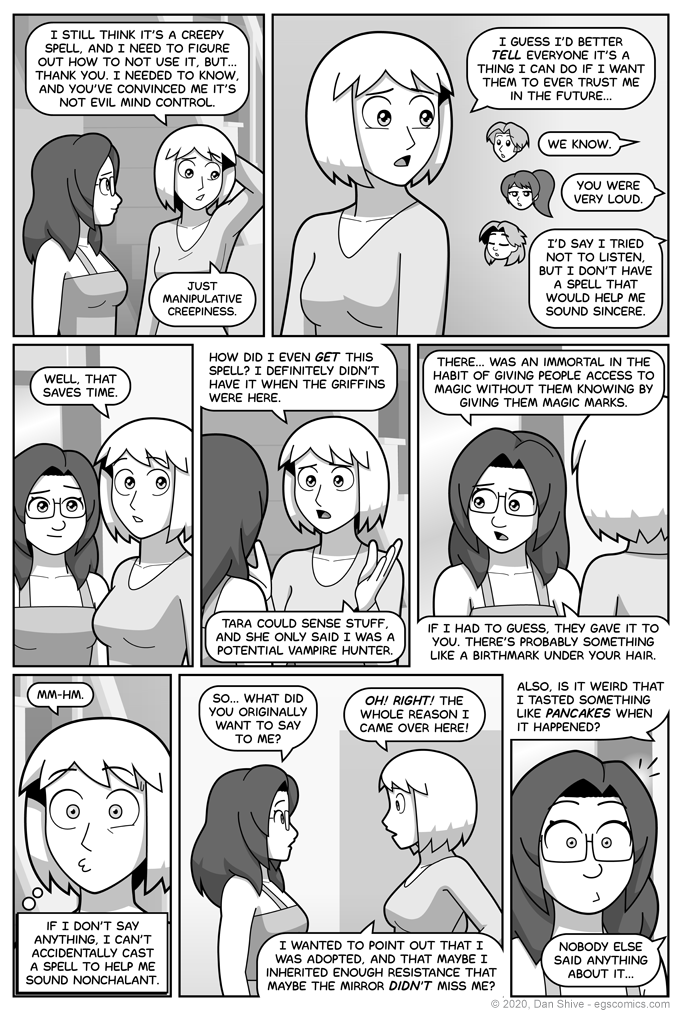 - "Flavor of magic" from Death Sentence

- "You're a potential vampire hunter"

This page was originally going to end on the "non-chalant" note, but I decided "NO. We're ending on PANCAKES."

I consider it fair for people to have conversations nearby that other characters don't listen in on because they're having their own conversations, people can talk quietly, potential other ambient noise (it's a party, could be music, whatevs), etc.

Even I, however, wasn't going to buy that Diane and Tedd's conversation didn't become the center of attention given, well... Diane WAS loud, both visually and verbally.

I decided to go with little heads in panel two to show who was saying what because I'm a lazy jerk-face.

Also, I felt it would be disorienting to actually show them given their transformed states and having to re-establish who looks like who after so many pages, negatively affecting the delivery, but mostly the lazy jerk-face thing.