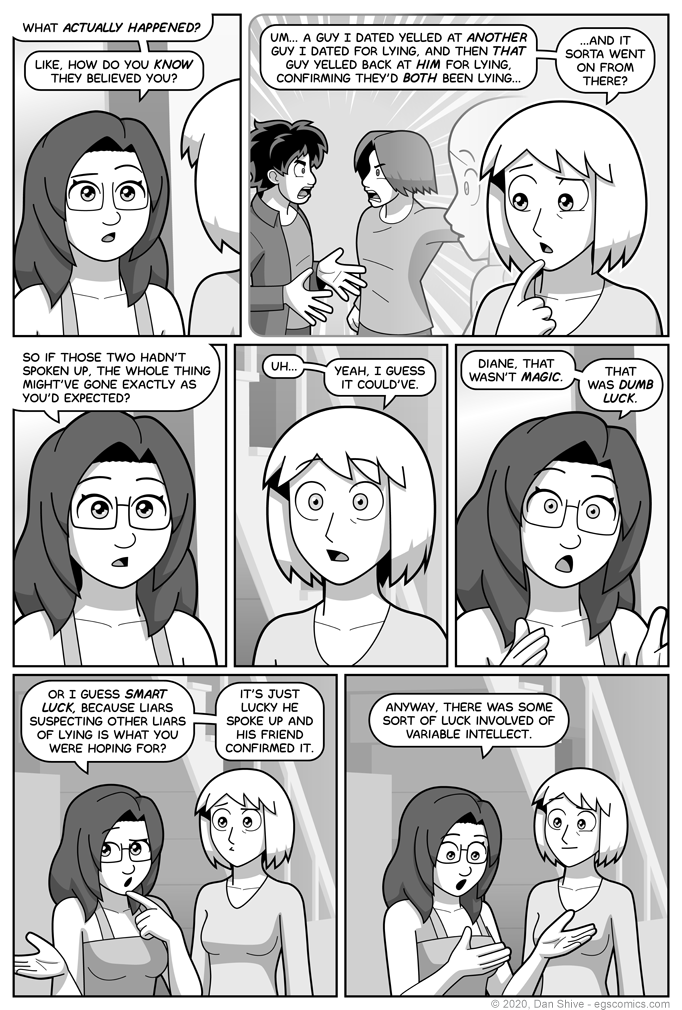 When Diane's spell was (a bit too) stealthily introduced, I mostly knew that I wanted it to be similar to a Charisma boost in games for passing charisma-related checks.

To the point, it was always going to be a "it only directly affects Diane because it's like a stat boost" sort of thing.

Specifics beyond that, though, I'd think through later. This includes the decision that it made the most sense that, in that moment, it didn't actually make her more believable.

Something I definitely had planned at the time, however, was that the whole thing working ultimately hinged on someone confirming that people were lying. Whether or not she got some sort of boost to believability, it was always going to be a situation in which it would have gone as she'd expected if not for that guy getting mad at his friend.

Which might sound like I'm giving him a pat on the back or something, but I'm just talking cause and effect, here. He doesn't get a trophy for this.