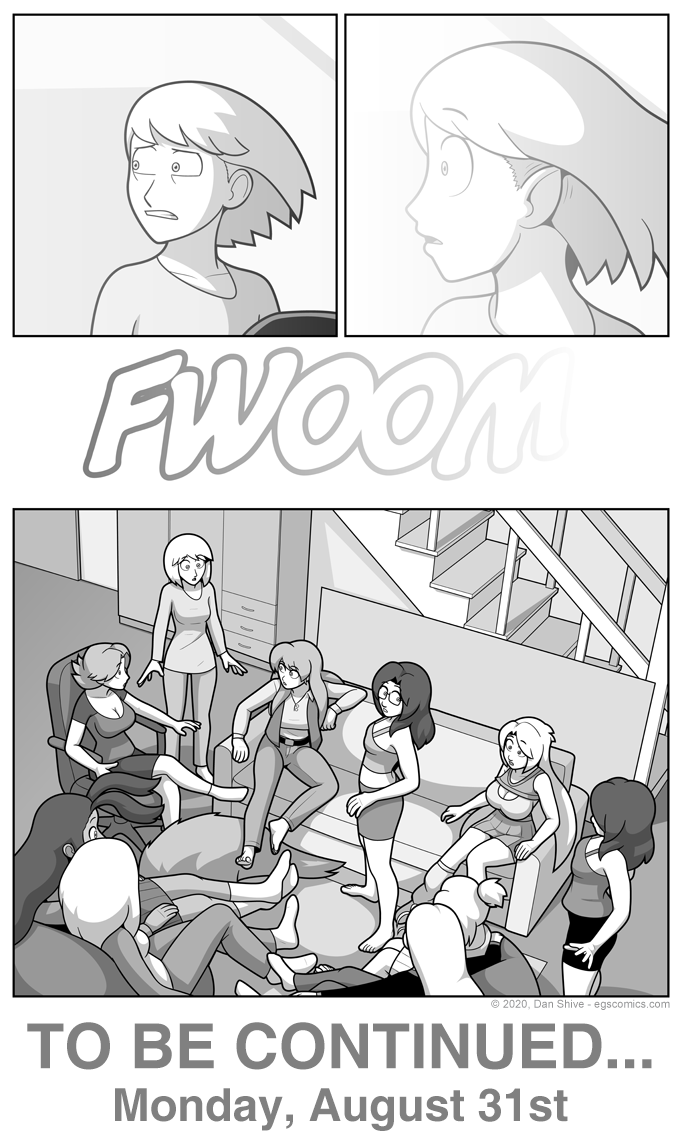 EDIT: Lower right corner, left side of bean bag originally had black hair. This was an error. Fixed now.

Firstly, sorry! The decision to delay the next story comic after this one was a very late one, as in literally less than forty minutes prior to my typing this!

I realized I needed to do something about my schedule, and it needed to be sooner rather than later. I decided I should find a good spot to leave things off on, and work ahead a little.

THEN I realized that I was about to post, well, THIS. An extremely Friday comic both in terms of day of the week and cliffhangerness.

If not now, the next natural opportunity like it could be months off. I felt like I had to jump on it.

(All the same, my apologies!)

As for this comic