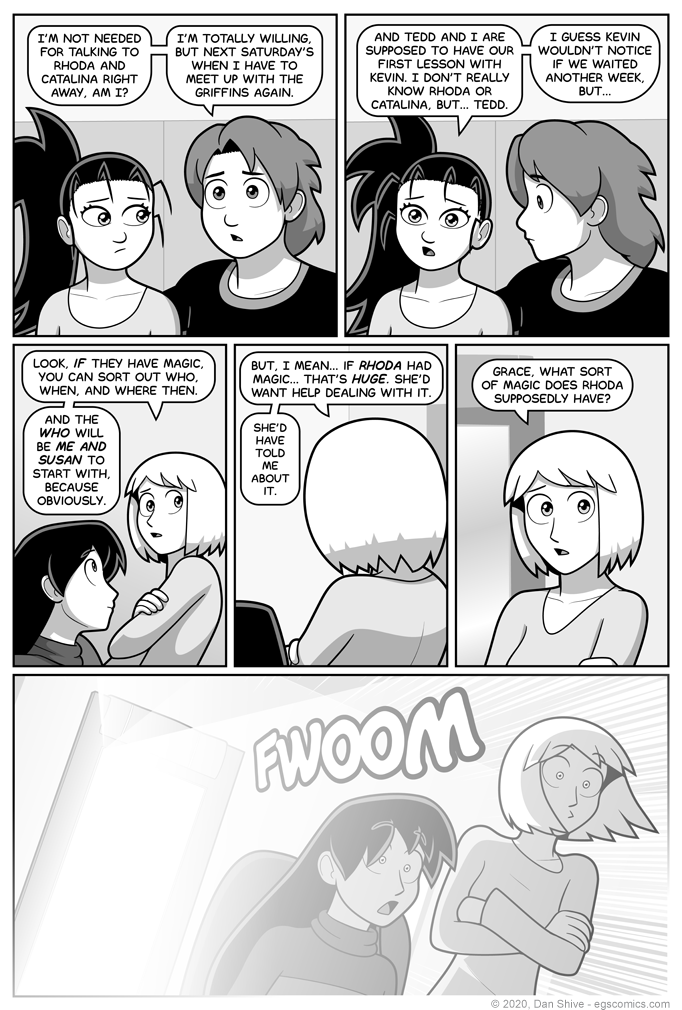 - "...meet back here after sunset four weeks from now?"

Thinking on it, I'm pretty sure I never properly established in-comic that Ashley and Tedd had planned to start training with Kevin the following week. All the same, it's what I've had in mind for so long that I took for granted that I had to the point that I only just now considered the possibility that I hadn't while gathering references for this commentary.

Meeting with the griffins, however, has been a long time coming, and definitely established on-panel, so yay for that.

Oh, and I suppose this is called for: