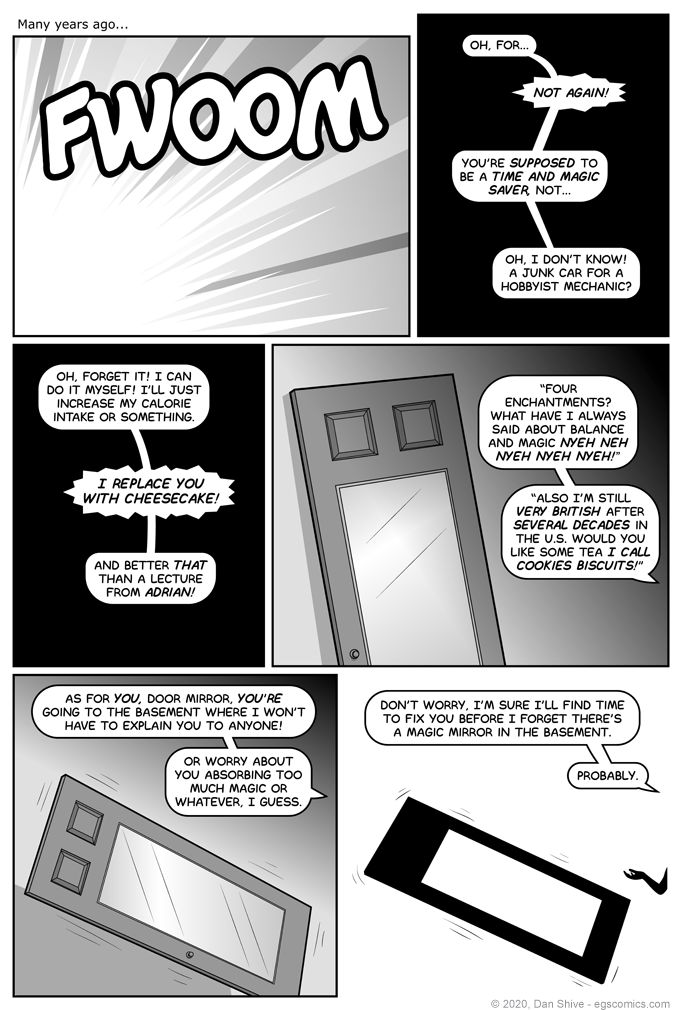 The views of unknown angry person do not necessarily reflect those of the cartoonist.

A biscuit and/or cookie by any other name tastes just as sweet.

Unless you call it a carp-rock or something.

Would you believe this page challenged me visually?

No, seriously, it did. It was EMBARRASSINGLY simple once I settled on what to do, particularly since I posted this during the day, but it was a challenge.

The reason for this is simply because there's an argument for there basically just being dialogue. I don't want to show who's talking, I don't want any visual hints as to who they are, literally all I wanted was "fwoom", some dialogue, and the door.

Which is roughly what I wound up doing, BUT THIS IS A COMIC. A VISUAL MEDIUM. I DIDN'T WANT TO DO THAT.

Bah. Door. Dialogue. Nonsense. Prepare for me overcompensating with unnecessarily complicated perspective in upcoming comics or something. I went with what I did with good reason and just feel lazy for it.