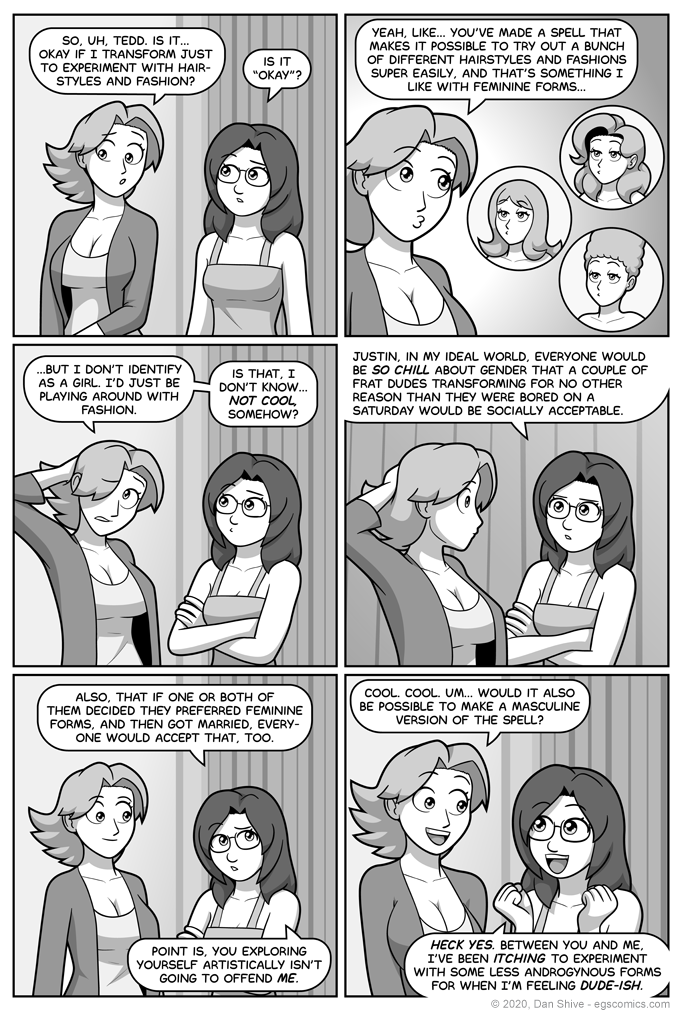 Disclaimer: Your views of what is or is not cool may differ.

And bowties. I think I have to mention bowties are cool. It's like, some sort of rule, or something.

Oh, and since the third example in panel two is an obvious Marge Simpson reference, it would NOT be cool of me to not point out I didn't really have anyone in mind for the other two hairstyles. It was just "random hair, random hair, MARGE".

Though if they remind anyone of anyone, that's obviously fine.