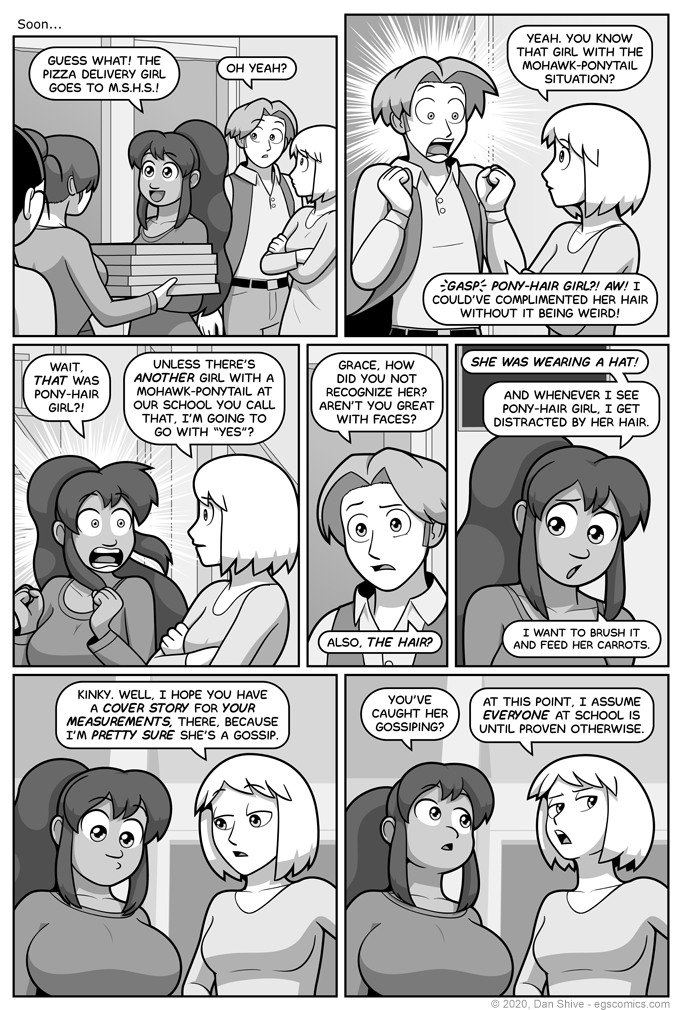 Sorry, femme-Justin fans, but I decided Justin would naturally want to be back to normal at this point.

If it's any consolation, as will be touched on later, there WAS a reason Justin was alone with Tedd in the previous page, and it involves that form getting saved for reuse whoops was that a spoiler well I don't care it's not much of one anyway.

I realized AFTER Jay's introduction that I 100% wanted both Justin and Grace to have a pre-existing appreciation for Jay's hair, so behold my flimsy (and hopefully amusing) excuse for Grace not recognizing her.

It is not, however, an excuse for not knowing her name, because I don't think one is needed. The schools in EGS canonically have a bunch of students, and it's not uncommon for people to just not know each other by name. Jay just stands out visually, so they're AWARE of her, but don't really KNOW her.