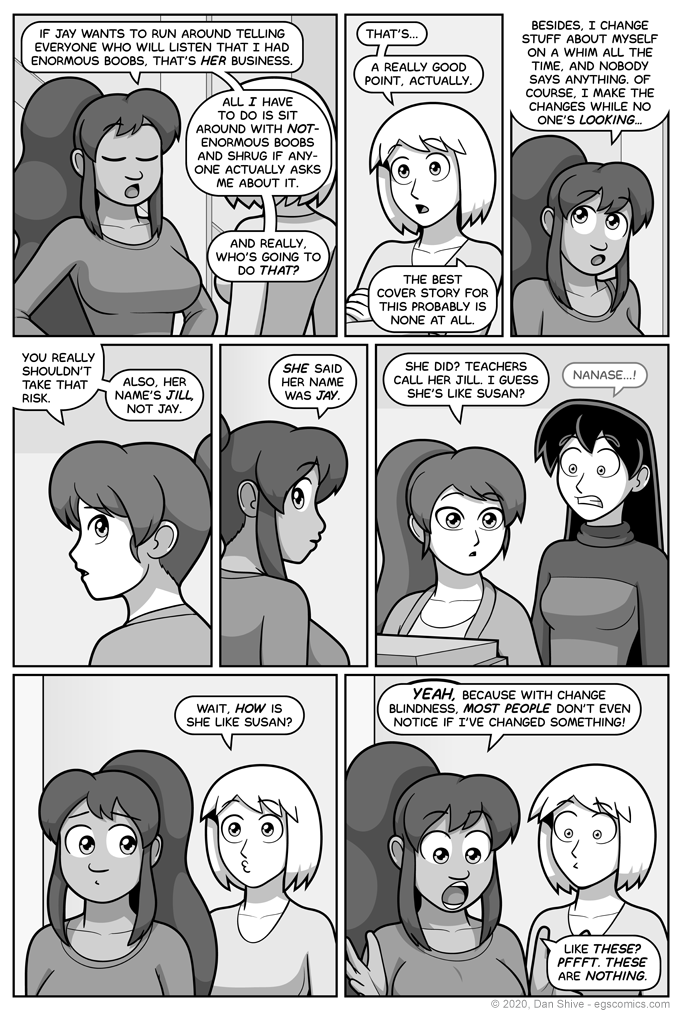 When first posted, this comic boldly noted I might take a vacation someday soon. I don't mean, like, going anywhere, but rather I might take a brief comic break. I have nothing definite planned, it just seems like something I might need sometime soon, and I don't want it to come out of nowhere if I do.

In case anyone forgot, Susan is TECHNICALLY Susan's middle name. Her first name is Tiffany.

And her last name is Pompoms.

Jill is among the first names I considered for Jay, and I initially considered it because wizards can learn other people's spells, and the expression "a Jill of all trades, master of none".

Why she's apparently going by two names, I won't elaborate, but I'm going to go ahead and unleash the minor spoiler that she's not trans male. Normally, I wouldn't do that, but given what comic this is, and Jay most commonly being a masculine name, I felt it better to just be up front about it so there's no concern about pronoun usage and the like.

Speaking of traditionally masculine names starting with "J", I would have also considered "Jack" for Jay if not for Mass Effect 2, which had a female character named Jack. Though, for all I know, that character existing put the thought in my head in the first place without me realizing it, SO MAYBE I WOULDN'T HAVE?!