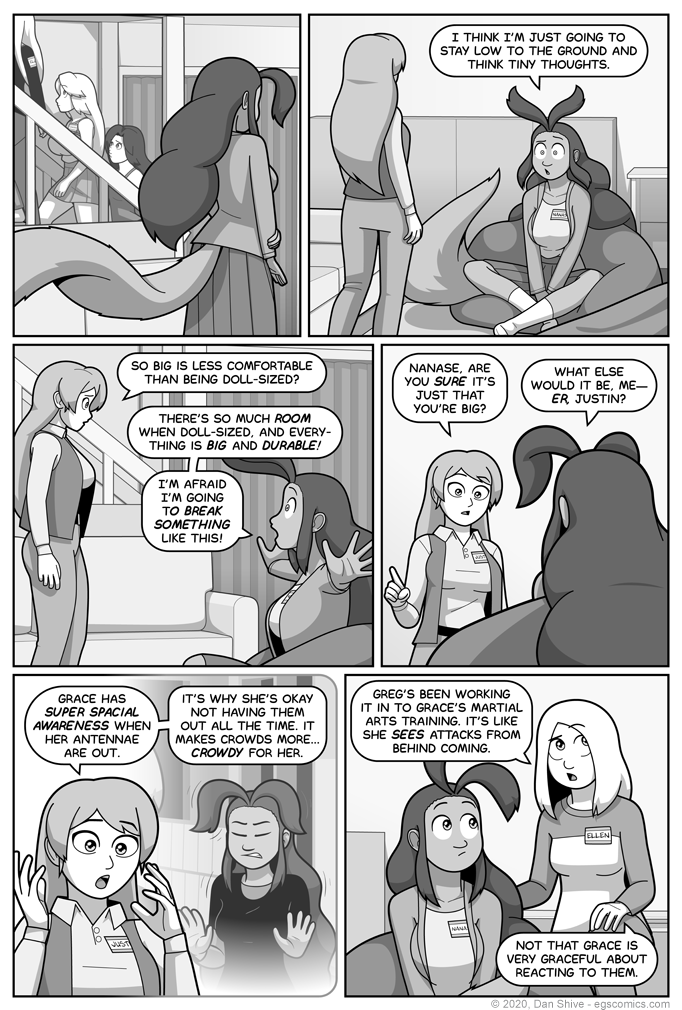 It's a good thing I've got a small comic buffer going, because this page beat me up and took my lunch money. I'm not 100% sure why?

It could have had something to do with deciding I needed to make clear that several characters, including Grace in particular, had gone upstairs before panel two for glasses and mirror-looking.

And I guess I did decide I wanted to show that Nanase had moved and sat down in the other bean bag chair from a zoomed out view.

Then I wanted another zoomed out view in panel three, showing a more clear size comparison between Justin and Nanase.

And I'm still experimenting with my inking techniques and fretted over a whole bunch of technical things regarding this page, and I spent a weirdly long amount of time on that panel with the flashback given that the part with Grace isn't even redrawn, and...

You know what? Maybe it's not that mysterious. It was therapeutic for me to go through the many reasons it took a bit, though. Given how much I want to keep, and grow, that small comic buffer I mentioned, it was a bit stressful.