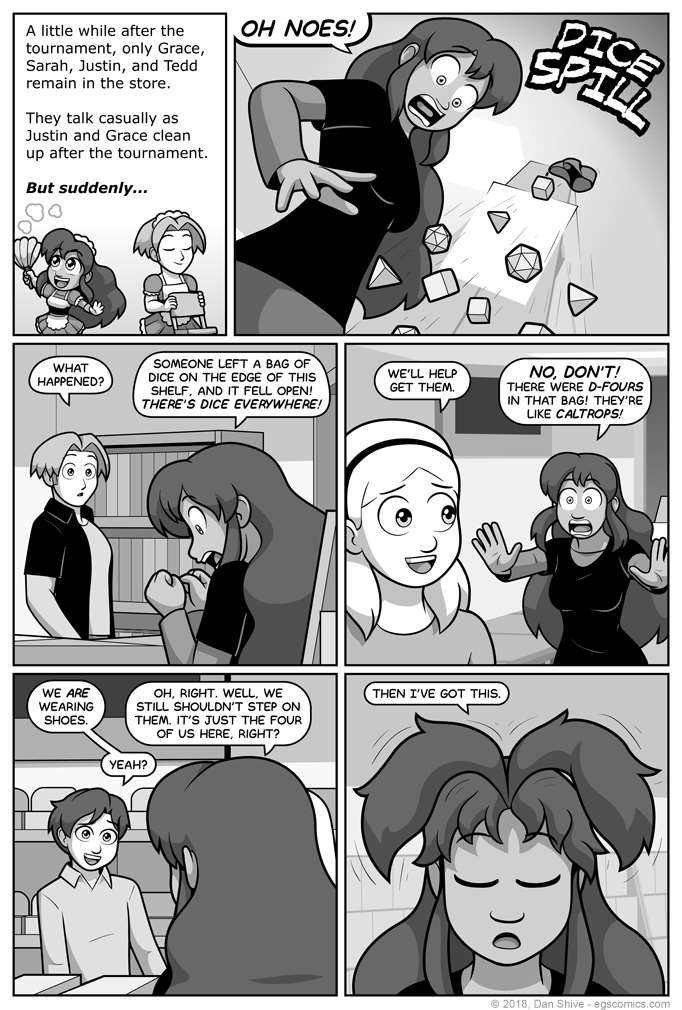 Wait. I haven't shown where this is going yet. It's possible nobody has seen how contrived this moment is yet.

Hey, cool cat, you checking out my 100% natural moment? Yeah, it's pretty chill.

In all seriousness, it is a comic shop on the night of a card tournament, people do mistakenly leave stuff lying around, the dice bag was left above the paper where the tournament pairings were (implying someone set it there while looking at it, a thing a human might naturally do), and four-sided-dice are literally caltrops.

I'm mostly just poking fun at the trouble I had sorting out this scenario. Imagine me with a bulletin board with all sorts of things on it only to wind up with "someone left a dice bag above the tournament pairings sheet and it spilled later".

I really wanted just one panel with Tensaided mid-conversation with Tedd and asking "so my trash talk isn't that bad?" and Tedd responding with "well..."

Sadly, that panel would have demanded an entire page worth of filler to go with it, so now there's no official canon regarding whether Tedd cleared things up with Tensaided or not.

Fortunately, I now have the option to make Tensaided obsess over the matter, and potentially have an epic three hundred page arc somehow result from it.