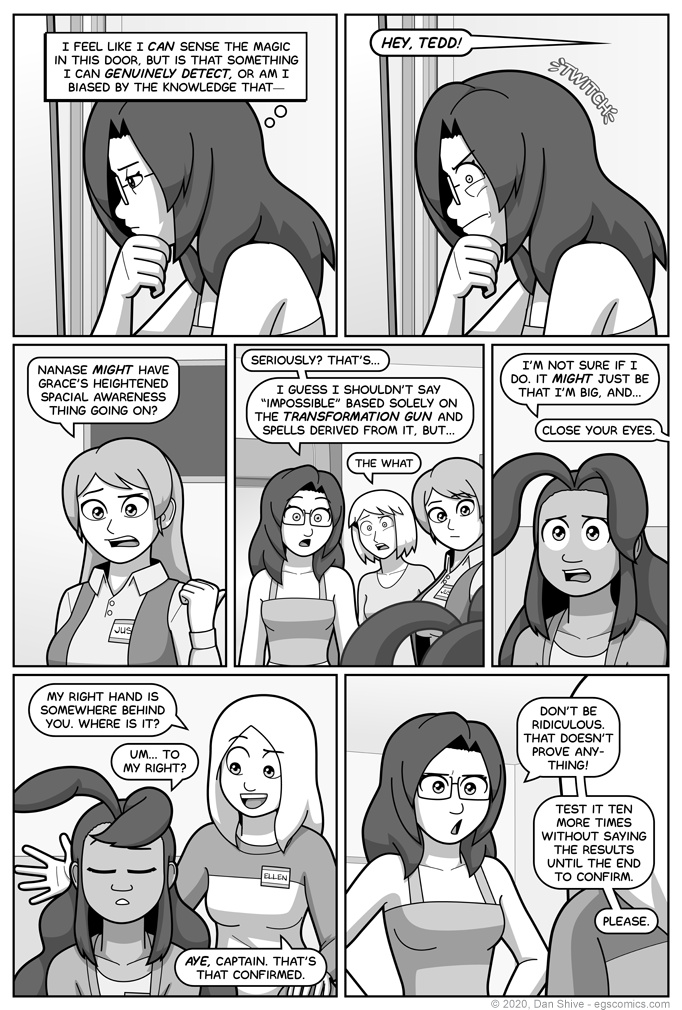 In which a page of EGS says "we're going to do science PROPERLY, darn it!" Granted, it's not the first.

Also granted, Tedd's methodology probably isn't enough for a research paper anyone's going to care about, but given that they don't even know how, or if, they can reliably transform other people using the mirror into giant Graces, it's somewhat moot from a "thoroughly testing" standpoint, and a place to start in any case.

I have sooooo often been panel two Tedd. I try not to get too grumpy with people when interrupted, especially if they had a good reason, or, y'know, I appear to not be doing anything, but grumpness is inevitable.