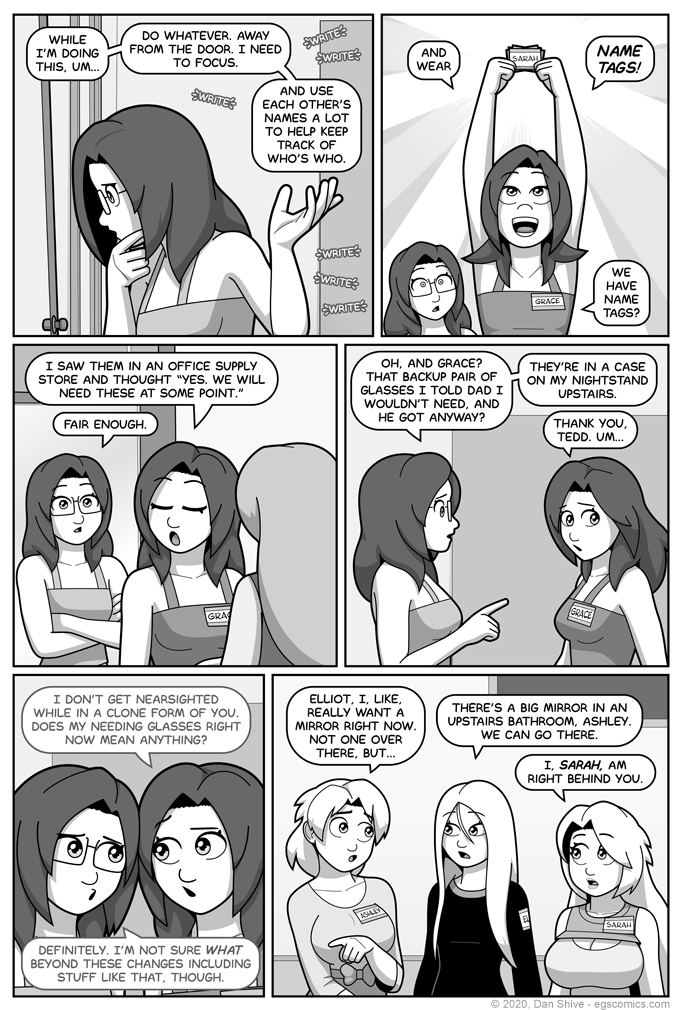 I figured Ashley's hair would sort of gravitate to where it is on Elliot in the last panel without a hairband restraining it, and I also assumed it would not be comfortable to keep Elliot's shorter hair up.

So ends the mysterious mystery of the hair choices in that panel.

No, Seriously, Who Are You?

My original solution to the identity confusion in this section was just to make them frequently say each other's names as reminders.

My second solution was still that, but with an in-universe excuse for them saying names way more than would be natural (as shown in panel one).

The name tag solution, however, is 100% because readers have been requesting it. I'm not sure how many readers, it's possible one person has been making their opinion known in multiple places and I haven't realized they're a single being.

In any case, I warmed to the idea after coming up with an in-universe explanation for why they even have name tags. It's a very "me" explanation (I love office supply stores). I further warmed to it when I realized I could have some fun with where characters chose to place the name tags.

As for all the "writes" in panel one, I decided for convenience sake that all the name tags would be filled out by Grace. This was entirely so I didn't have to have different styles of lettering for each name tag, which would have gotten obnoxiously troublesome for me with eight characters using them.