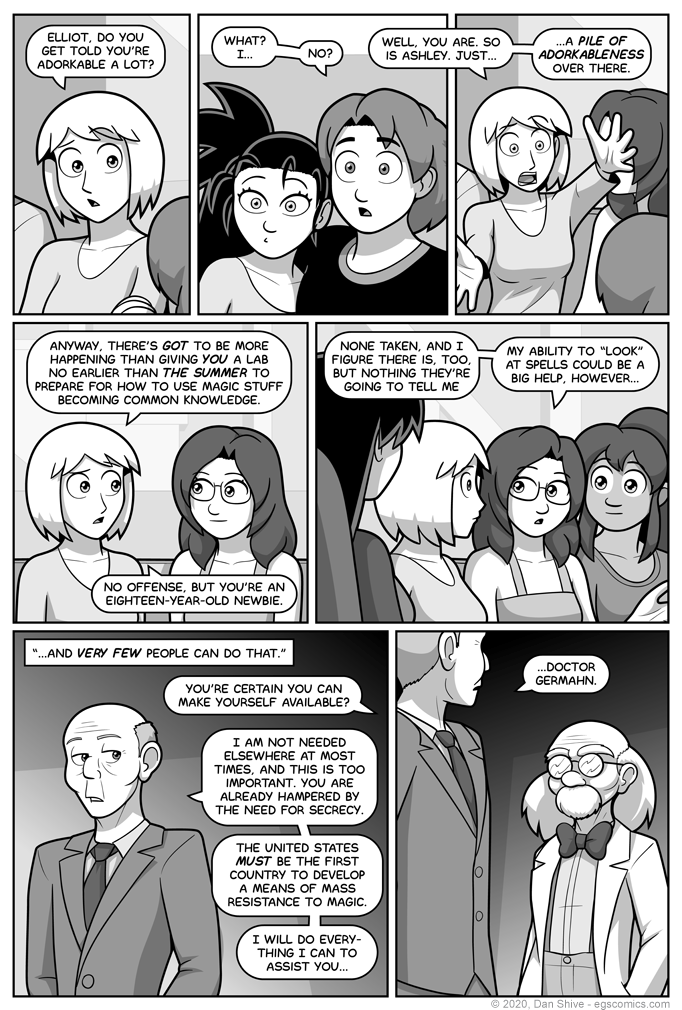 - "I am an AMERICAN." (Some insight into Arthur)

That moment when you think your thing is "Plan A", but it's probably "Plan D" or something.

When there have been Q&A's, people have often asked "where's Doctor Germahn?" The answer has generally been "I find Amanda and Lisa more fun on their own". Now that there's need for an experienced mad scientist in canon, however...

Incidentally, it took all my willpower to keep that as his last name without some sort of dialogue suggesting it was an alias.

SOMEONE needed to react to Elliot's jealous--er, envy without it becoming the focus for five pages.

Also, Diane finding them adorkable is important how dare you say it's not.

I posted this page late enough that I decided to effectively treat it as a Thursday comic and try to regroup with three pages again the following week. When I've tried to fight that outcome in the past, I've burned myself out while ALSO making it easy for people to miss pages, so I decided it was the way to go.