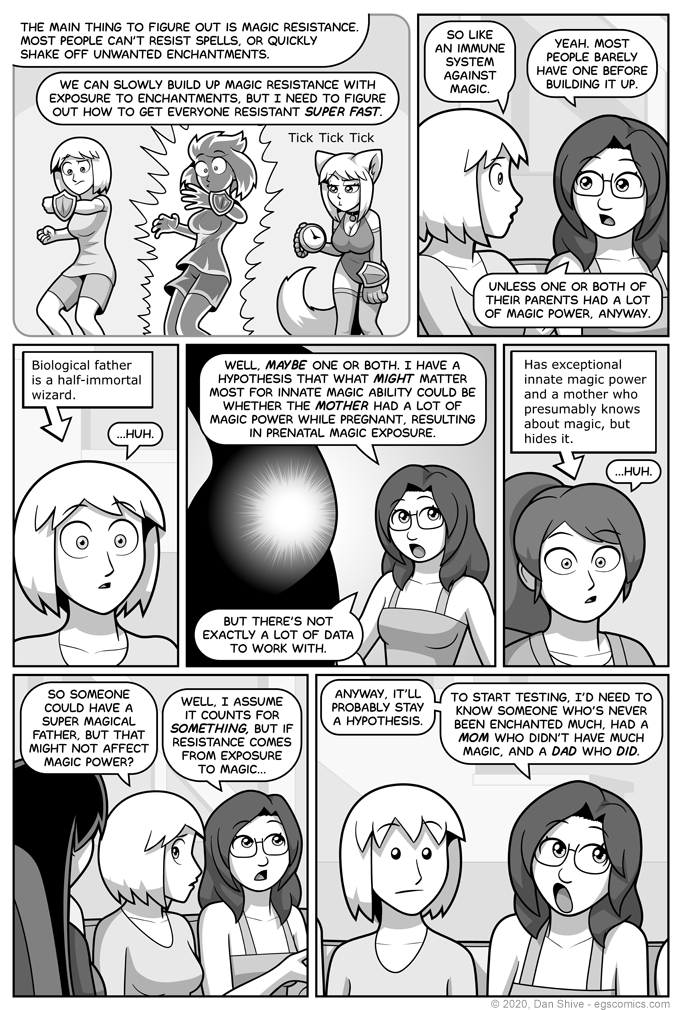 This hypothesis was. NOT. PLANNED.

Here's what happened. I was writing the comic, intending for them to just talk about Tedd's goals, hopes, and dreams. That was it.

So, naturally, they got on the subject of magic resistance, and how most people don't have a lot of it naturally, which of course lead to the subject of exceptions, which was meant to be this brief mention of heredity.

Then it became obvious Diane would have a reaction to heredity being mentioned.

Then I thought about whether Diane logically should have magic resistance just on the basis that Adrian Raven is her father.

Then I got to thinking about other factors in innate characteristics, and how the whole deal with building up magic had to do with exposure, and...

Look, things snowballed quickly, and now there's all sorts of possible side effects of it, and maybe innate magic power has less to do with family line family history beyond the parents themselves, and... A lot resulted from the natural flow of this conversation.

Not that it's a huge change to where this conversation is going, but it wound up being quite the belly--er, speed bump with future ramifications even if it's wrong if Diane's face is anything to go by.

Oh, and that sequence in the first panel to illustrate spell and enchantment resistance was also a late idea. A lot added to how long this took me even without non-comic related interference the day prior.