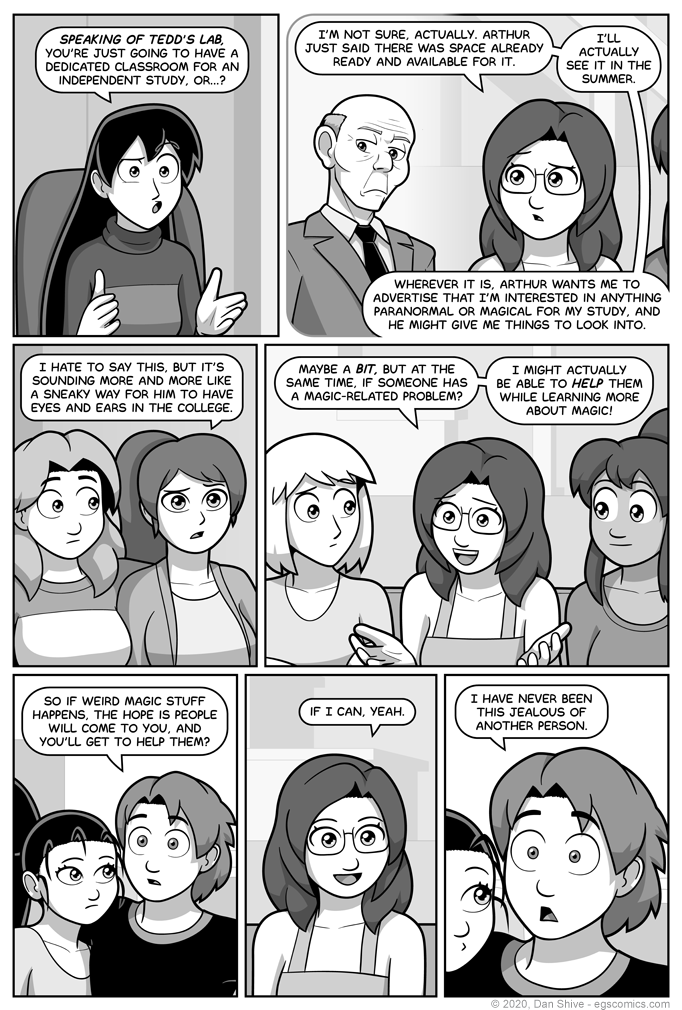 Elliot could wake up in a fantasy world with heroes for hire and the only issue he'd run into would be an overwhelming impulse to do all the hero stuff for free.

It was only after I was quite far in the making of this comic that I noticed something important: The dialogue in the third dialogue balloon of panel two was missing, and none of the rest of the comic made sense without it. I had intended an entire separate panel for that bit of dialogue, and somehow forgot to include it.

After yelling towards the heavens for a bit, I moved things around in the second panel, and it worked out okay. On reflection, it didn't need its own panel, and having its own panel would've made things feel slower.

Had I planned things better than this, however, the top row would have been sliiiiiightly different (assuming I still realized all that Tedd dialogue should be one panel).

On the plus side, it gave me something for this commentary! WHOO! Making orange juice out of lemons!

I know that should be lemonade, but you have to add sugar to make lemonade sweet, and I'm trying not to do that. Granted, I'm not sure how you get orange juice out of lemons, but that's for scientists to figure out.