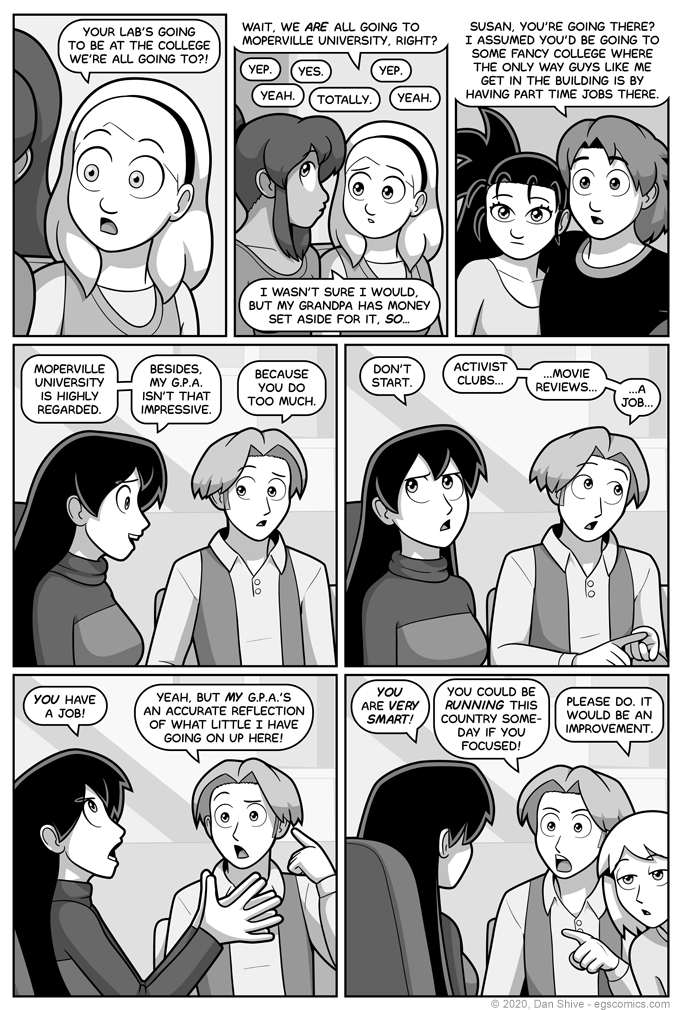 I don't know how widely used "Grade Point Averages" are around the world, so forgive me if this is a "yeah, we know" moment, but that's what GPA is referring to in this comic.

I hope their mascot is a griffin!

I. Have. Been. Waiting. Literal. YEARS to address this.

Not just the "yes, they're all going to the same college, nuts to statistical realism, yes to keeping them together, besides it's my story, Moperville University can be THE place to be if I say so" bit...

I had always imagined getting on the subject differently, but I'm thrilled it's finally come up, and that it's wound up being established that Justin has had this opinion for a while.

An improvement over whom?

Good question. EGS takes place in a different universe in the year 20XX (which is intended by me to be a Mega Man reference while making it clear that it's a non-specific year).

History is the same in some ways, but very different in some ways. This is especially true of recent years, and is going to include who's in power. It's possible none of the recent presidents could be considered canon in the EGS universe, though I'm not sure where the actual cutoff would be

Whoever their president is, however, they're most definitely someone of their universe we've never met.