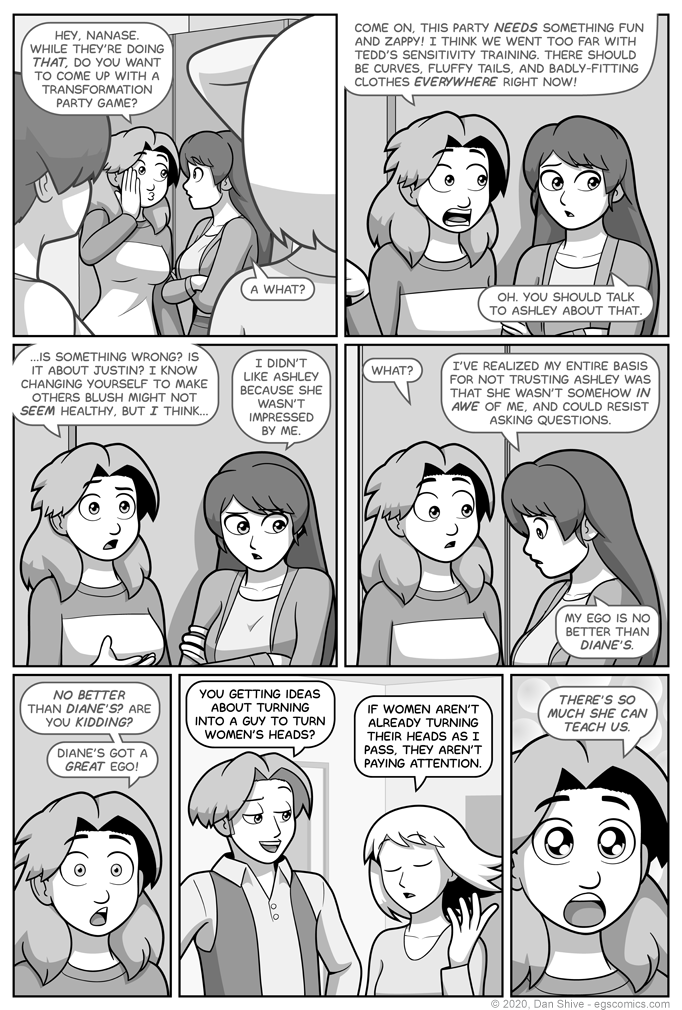 This was posted during the day, and I expect Friday's to be during the day as well. As always, I will chirp on Twitter whenever it goes up.

- "Not that it would be the end of the world if she didn't think I was cool, right?"

Ellen might have biased opinions about the pros and cons of transforming oneself with the objective of getting looked at.

I figured Nanase would naturally want to let her hair down at some point, and leaning against a dresser seemed like a sensible time to do it. Realistically, I think she'd have her hair flipped around front a bit given her position, but cartoonishly, it looked weird. I mean, this looks a little weird, too, but at least you can see her arms are crossed and such.

I like Ellen having an appreciation of Diane. Ellen has a brazenness about her, but she's also not as confident as she sometimes lets on. I think in some ways, Diane's at a level Ellen aspires to reach.

Thursday's EGSNP will be during the day.