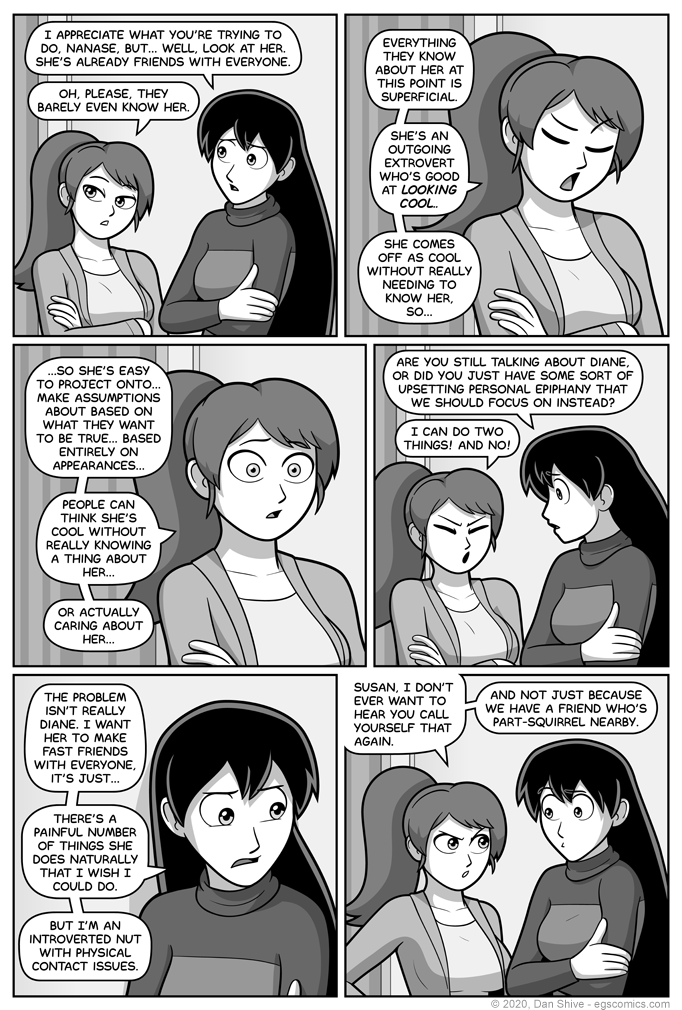 "Can we please focus on your epiphany? I'm much better with other people's problems."

In which it occurs to Nanase that all those fellow students who thought she looked cool in gym class or looking aloof in the hallways really don't know anything about her beyond superficial nonsense.

Which, really, is a fairly obvious thing, but plenty of obvious things don't sting until you stop and dwell on them, much like hovering one's index finger in close proximity to a cantankerous crab.

I didn't want Susan to use too strong a term in the second-to-last panel, but I did want it to be something considerate people would generally object to others being called. Susan's being down on herself, and I felt it important it be something like that. I've thought worse about myself at times, and it's a real mood even if I didn't want to take it too far in this comic.

I will say the opportunity to make a squirrel-Grace joke made the choice of what to have her say an easier one.