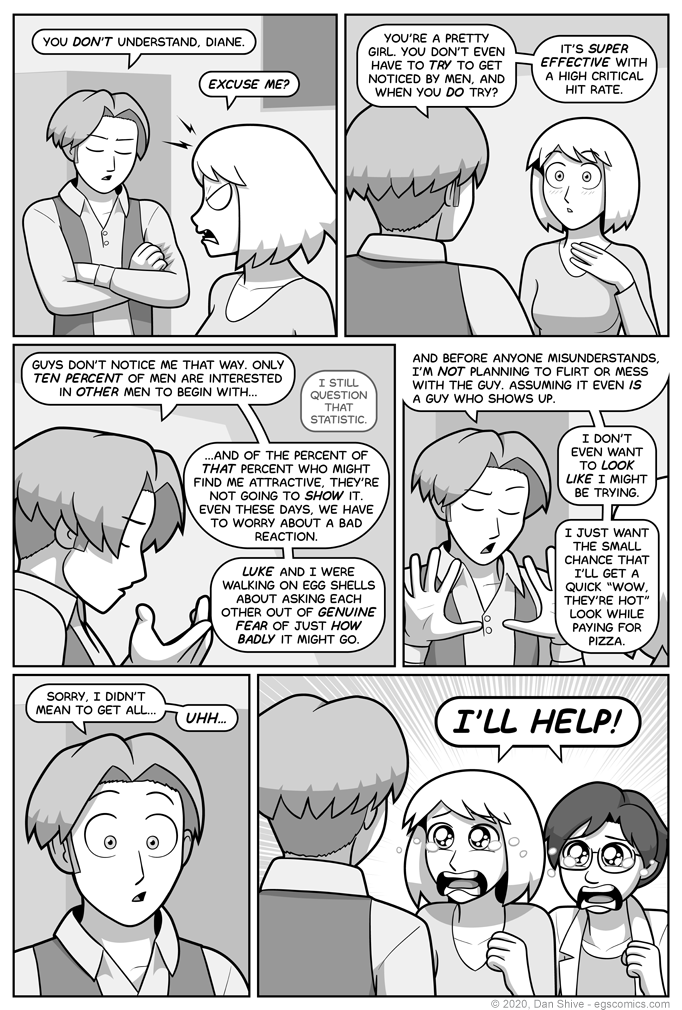 In which Justin underestimates the effect of complimenting Diane and then describing something Diane can feel empathy about. And also Tedd's there, because of course Tedd relates to this.

"Before anyone misunderstands..." Too late for THAT, Justin! Though, really, it is my fault.

I didn't make it clear what exactly Justin had in mind before what wound up being a long weekend, I managed to miss that it even could be interpreted as Justin doing exactly what he describes as NOT doing on this page, AND I've been talking in recent commentaries about Justin being a troll.

So, yes, I set things up perfectly for people to interpret it that way, and was then surprised and defensive when people did. Go me. My apologies.

Granted, some will see what Justin is actually proposing and still not like it.

Personally, I relate a lot to what Justin's feeling (even if our experiences and reasons are not identical), and it is exactly something I would do if I could magically transform in such a way (well, that, and walk around public places fully hoping people nooticed me while remaining anonymous, which I'm pretty sure I've talked about before).

I'd like to think I'd be as restrained as Justin is being here and wouldn't flirt with random people, but I dunno. I've never been handed incredible magic power before. I've heard that stuff corrupts? If anyone has incredible magic power they could give me to test that theory, I'm at least ninety percent sure I wouldn't turn completely evil.

It's above fifty, anyway.