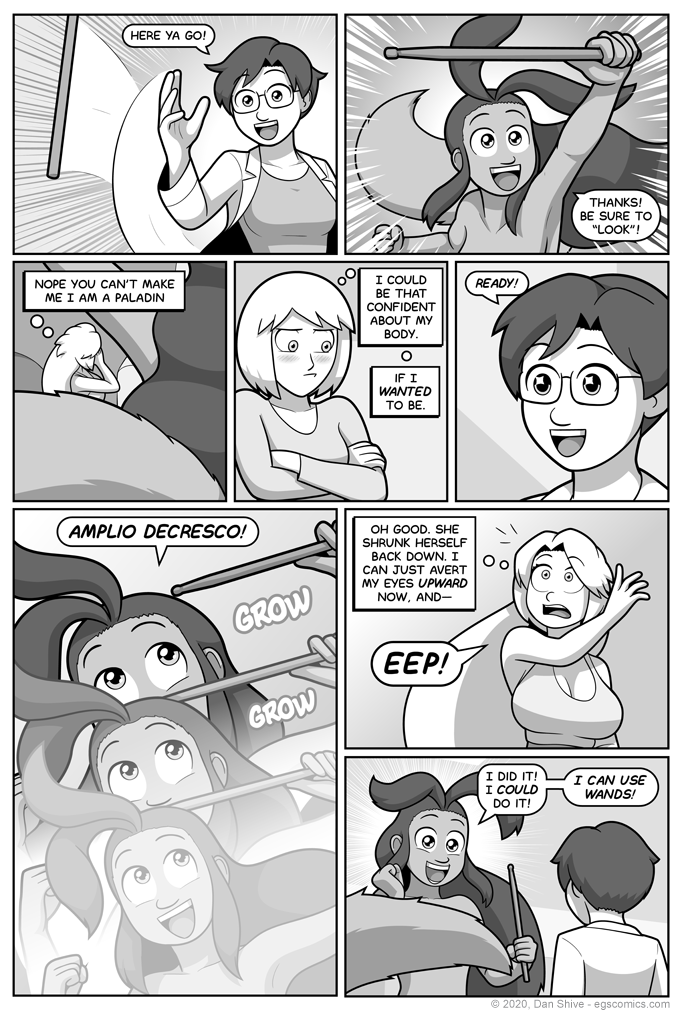 This page was easier to draw than to figure out the composition for, which tends to be what happens when you have a character who can only be viewed from certain angles.

Diane's thoughts weren't originally planned to be included in this page, but would instead come up later. I decided, however, that me being the only one aware of Diane having this thought about being out-charisma'd was unacceptable, so it wound up on this page.