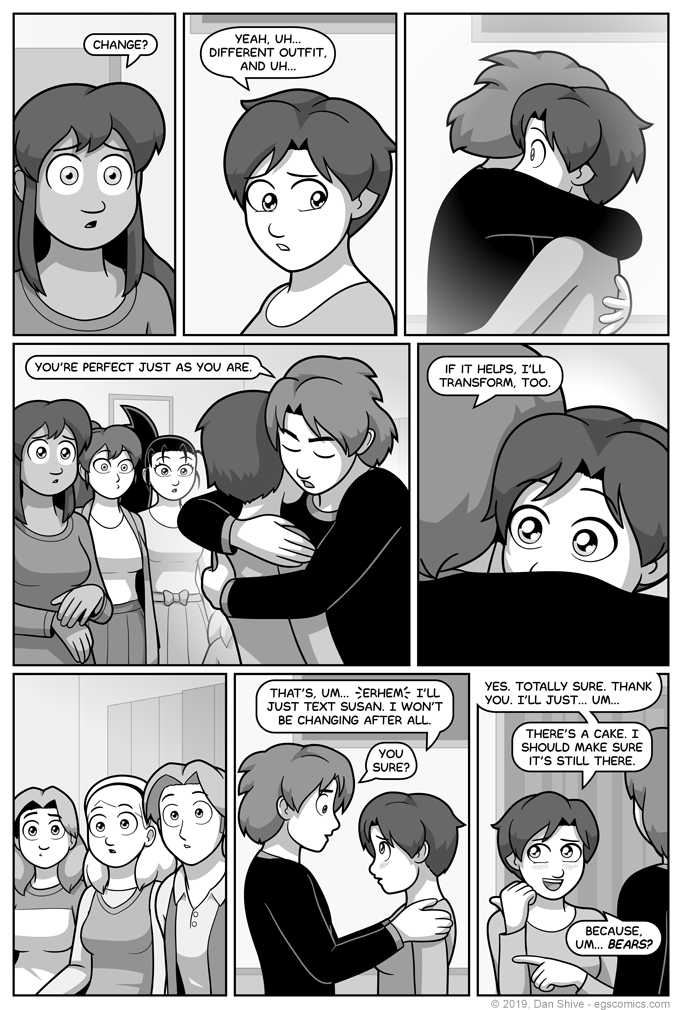 Much as Goku did in the Dragon Ball series, Elliot has taken to learning the special moves of those around him.

Today, he unleashed the power of Grace's fearsome hug attack, The Glompo-ken.

It was super effective, and yes, I just got Pokémon involved.

Originally, Tedd's response to Diane coming to the party was going to be pretty chill, but it didn't feel real to me once we actually got to the moment. Tedd's never met Diane, and unlike Ashley, she has no idea how Diane would react to Tedd being genderfluid. Just having never met Diane would be enough for Tedd to be a little nervous about having her over.

WHICH is why we got to see Tedd receive Susan's message, and why we get hugs today. Huzzah.