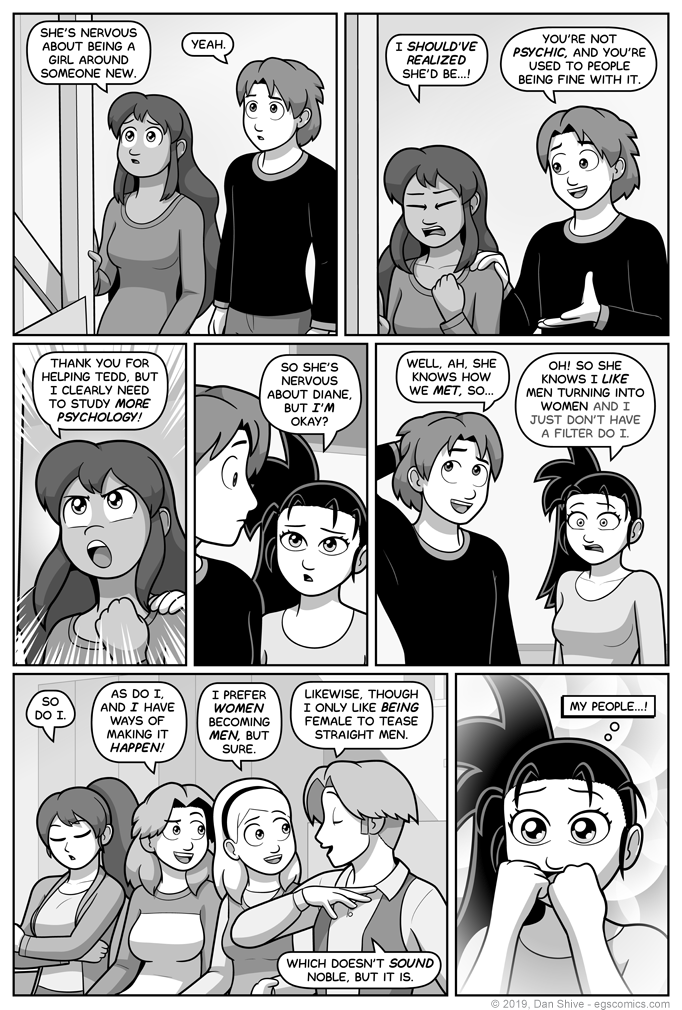 There's a LOT to keep track of in this wacky comic that's been going on for years, so nobody should feel too bad if it slipped their minds that Tedd was fully aware of Ashley liking Elliot transforming. Granted, it does mean any cookie acquisition will be unrelated to having remembered that, and will simply be because one wanted a cookie.

Which is also acceptable.

Given that Tedd did know, if anything, Ashley's presence at the party helped embolden Tedd. "She's going to think I'm EXTRA COOL, she is!"