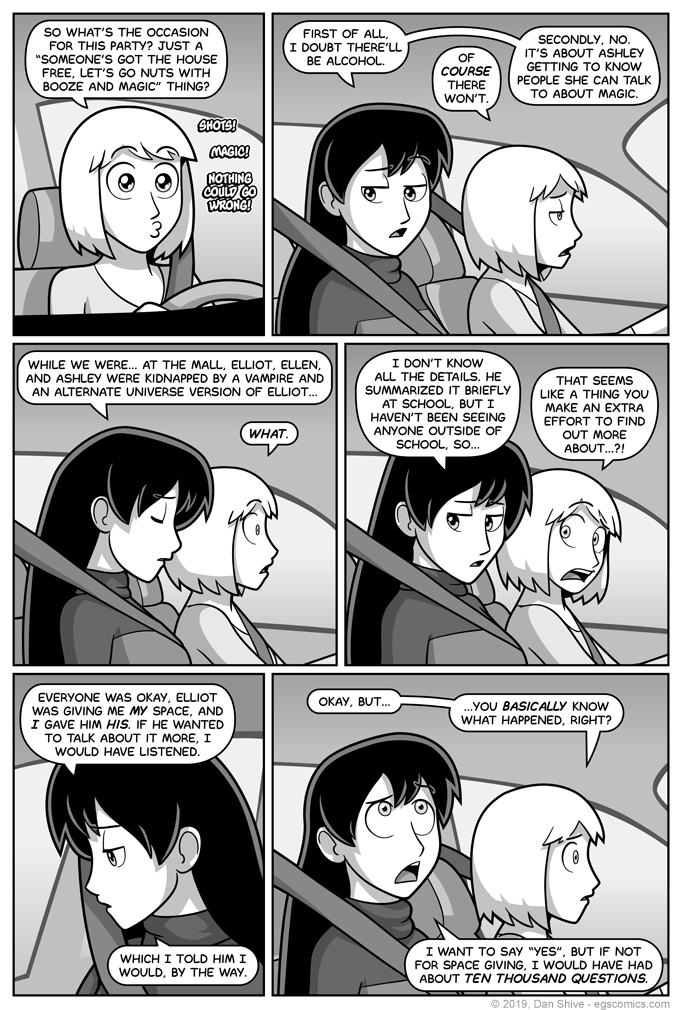 Ah, well. I'm sure none of them are relevant to her.

I don't know what the exact context of that bonus text in panel one is. Is it Diane's thoughts? Narration? Some random person outside the car saying things that are only contextually relevant by chance? I don't know for certain, but what I DO know for certain is that I like this page more with them there.

I also know someone's already theorizing some greater plot relevance with the narration coming from a specific source, though perhaps they'll cut that out upon seeing this commentary. That, or they'll double down, certain in their knowledge that I am attempting to misdirect them from the truth.

In any case, WHOO, SUSAN AND DIANE ARE GOING TO BE AT THE PARTY!

Susan and Diane are going to be at the party.

Who the heck am I going to cut away to in order to subtly imply the brief passing of time between moments at the party now?!