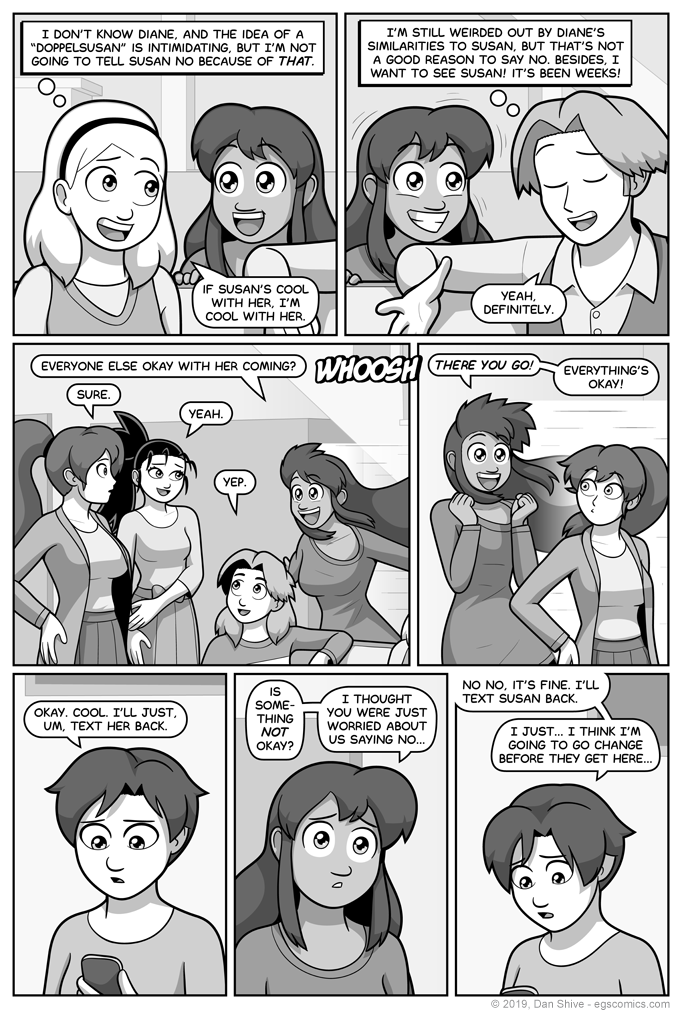 In which Grace had missed that anything other than standard social anxiety was to blame for Tedd looking uncomfortable on the previous page.

To be fair, however, can you imagine asking people at a party where people are supposed to feel free to open up about private stuff if someone they barely know can come? Or the prospect of telling Susan, who's been upset lately, that no, she can't bring some who's family to the party?

It wasn't the worst guess a person could have made, is all I'm saying.

- EGSNP, original message about it being during the day below because I like it enough:

EGSNP during day, will OH NO A BEAR I'll TRY TO TWEET WHEN IT'S UP BUT THERE'S A BEAR I HAVE TO FIGHT A BEAR NOW