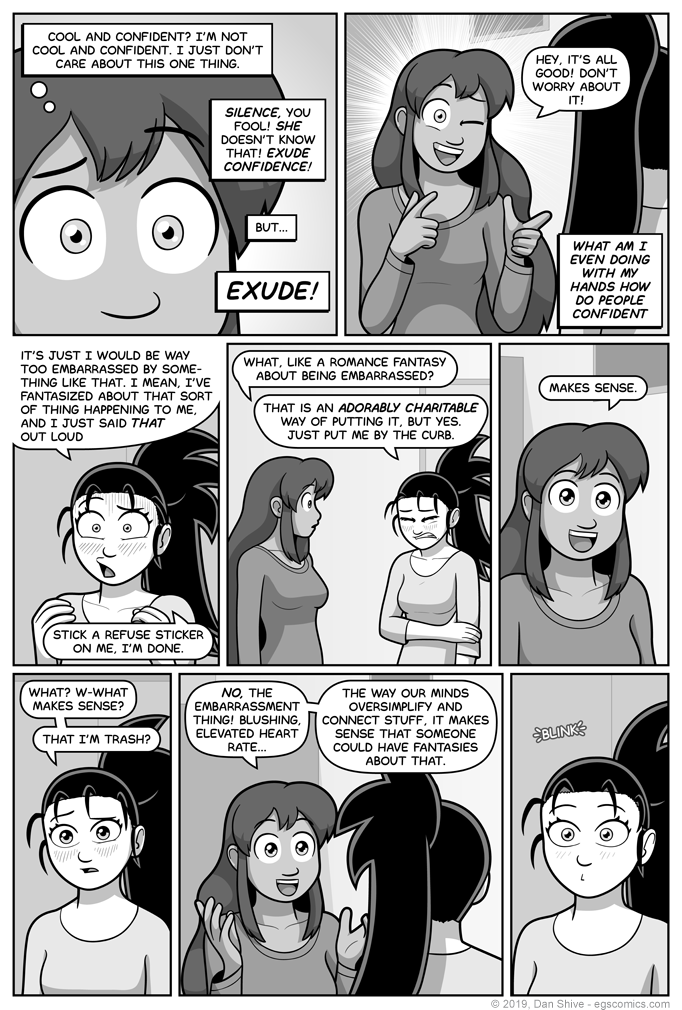 - Ashley thinking about such a thing

"What no this is the part where you say that's weird"

I've written so many versions of this conversation. This is the least "Grace trying to sound like a textbook" version I managed. I think I've only written one version of panel four, however, and yes, THANK YOU, Grace, for putting it in an adorably charitable manner.

I mean, in so far as being something I had to write and put in a comic. I fear the analysis of that phrasing may well be a nightmare. THANKS, GRACE.