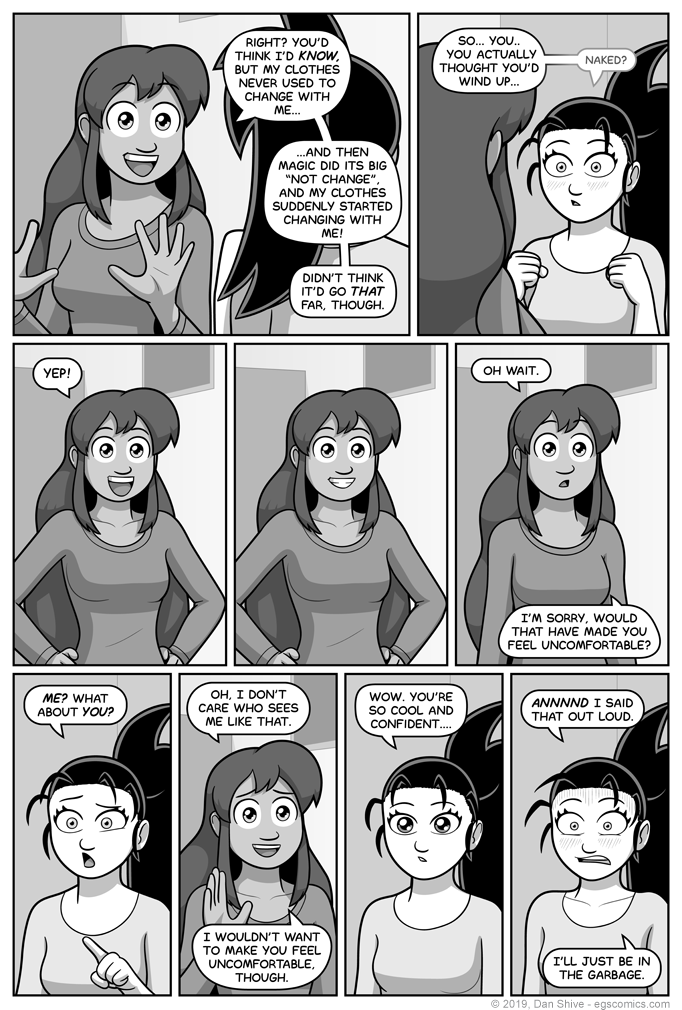 - "They changed size with me?"

That's it. That's the lengthy "magic sort of changed" recap.

I like this "clothing changed to fit a squirrel" version so much better than what I'd originally planned, and part of it has to do with Grace's concern for Ashley's feelings in panels five and seven. It probably goes without saying that it's not only Grace's comfort that should be considered in regard to such things, but I'm saying it anyway.

Also probably going without saying is that Ashley's reaction is specific to Ashley. Were Ashley Susan, panel eight would be quite different. Also, we'd all be very confused, because would Susan be Ashley, then? It's all very perplexing. I apologize for bringing it up.