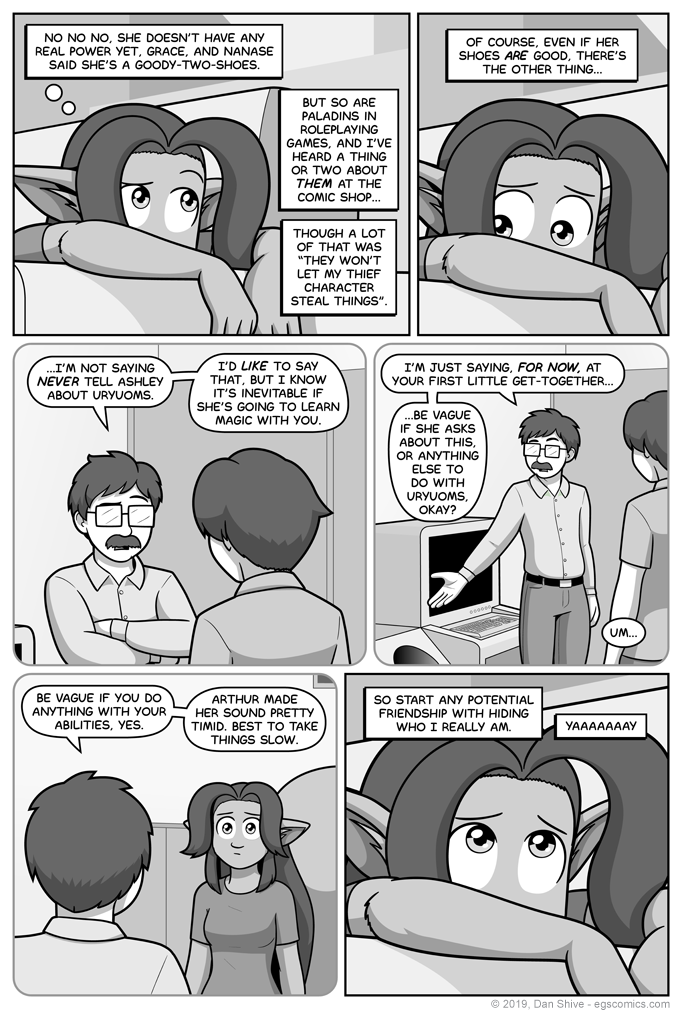 - Not that she wouldn't hesitate anyway

Bad paladins are buzzkills, not letting anyone in the party do anything unlawful or arguably not good or neutral.

Good paladins are Michael Carpenter, my favorite secondary character in The Dresden Files who treats people well and is actually super noble and good and I love him

That awkwardly huge thing Mr. Verres is gesturing towards is designed to absorb and analyze TF beams (hence the hole), and is also used for setting up forms for the transformation gun. It doesn't get used much on-panel, but it's also always in that back corner of Tedd's basement, because awkwardly huge.

I considered having Mr. Verres be more adamant about not telling Ashley, but after realizing how much had already been let slip to Tedd's other friends, and the fact that Ashley's going to be spending time regularly with Tedd and Elliot, and that he himself is going to be spending the weekend with Lavender (who may or may not be an Uryuom, one must not assume just because she has a tail)...

Yeah, he's just hoping not to overwhelm Ashley with too much shocking info all at once at this point.

Which is a very Mr. Verres thing to do. He's not actually very good at keeping secrets from anyone he's close to, or the people around them.

He is shockingly good at convincing aliens from other worlds and dimensions not to mess with Earth, however, so he's got that going for him.