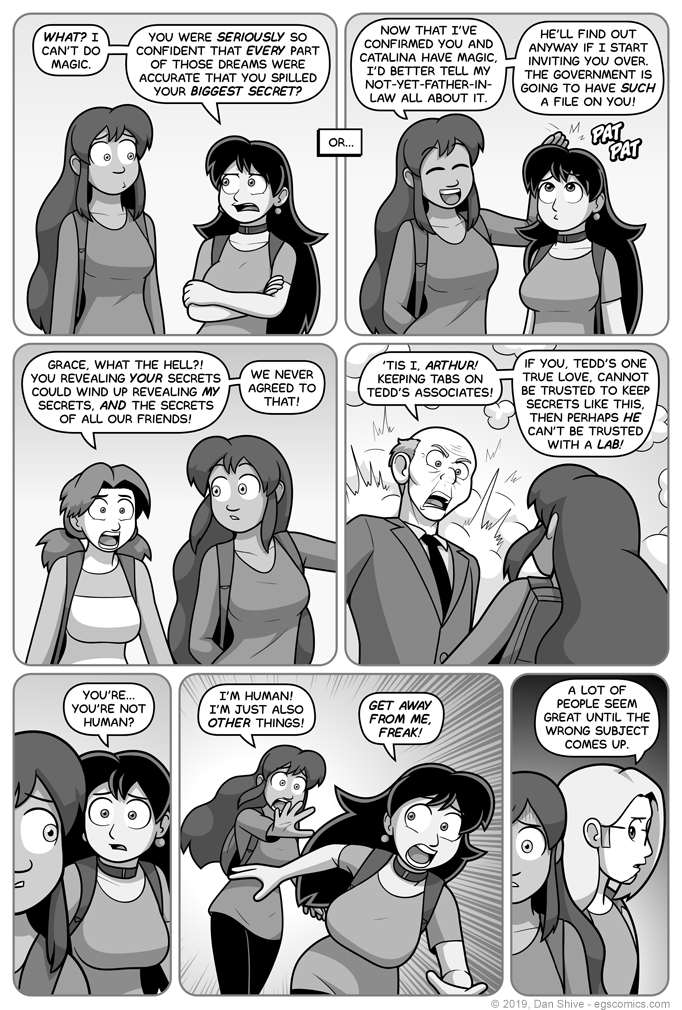 To make up for "suddenly drama", I offer this fun fact:

If not for panel space limitations, I would have bothered with something of a background in Grace imagination so that there could be a trash can in the background between Ellen and Grace that Arthur would have emerged out of in panel four. Tragically, there isn't infinite panel space, so he just sort of "poofs" in instead.

I hadn't planned on diving this deep into why Grace didn't just talk to Rhoda about magic, but enough people expressed confusion (at least two!) that I decided I should address that.