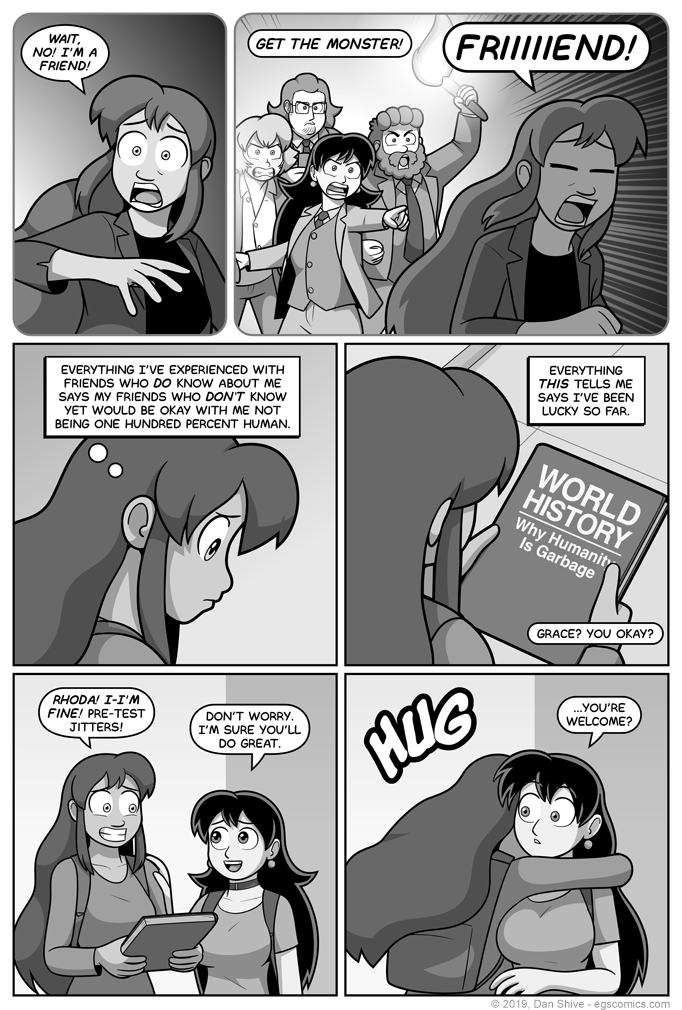 Speaking of Frankenstein, I looked at clips of the villagers in the classic movie, and I didn't see any pitchforks? It was almost all torches, which is troubling. I make jokes about torches and pitchforks (mostly being directed at me) all the time, and it's supposed to be a Frankenstein reference!

Granted, there was a book. Could've been pitchforks all over the place in there.

As for the lack of pitchforks here, it's mostly due to wanting to show the characters more than farm equipment. Angry villager George could've had one, but then he couldn't be armed with a portable video game.

I honestly expected people to call me out on the point made in panel three, as Grace pretty much has a perfect success record so far with people being okay with her heritage. I don't think anyone did, though.

Heck, I questioned it myself at first, but panel four says fifty percent of it. I say "fifty percent" because it's a significant sounding number, but another percentage has to go to her studying psychology, another what she's seen in popular culture, and another to basic human social anxiety.