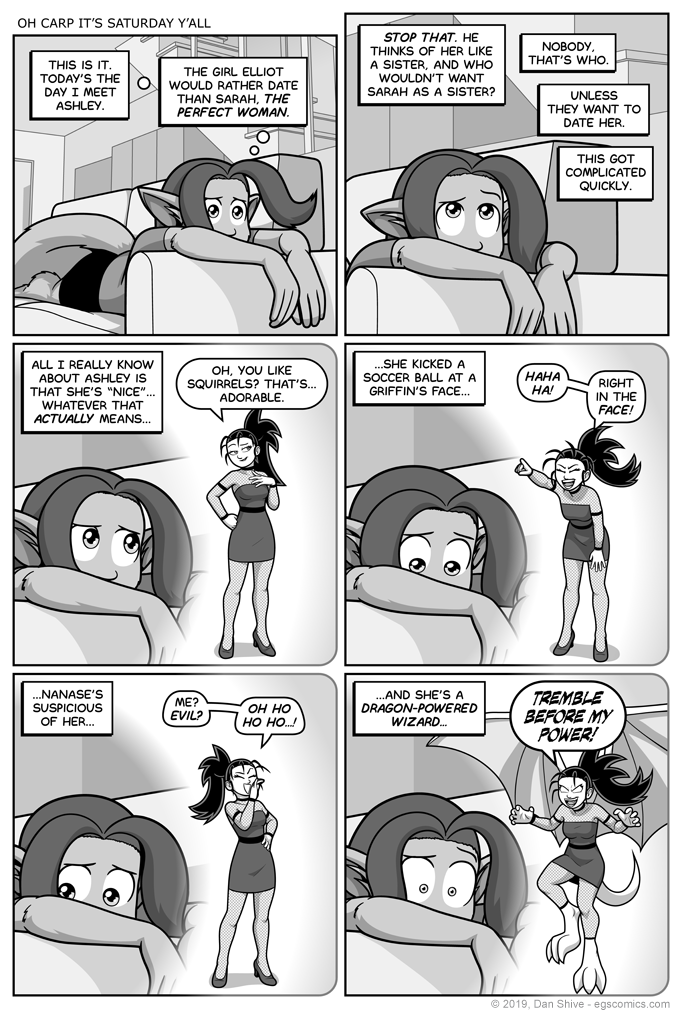 Grace's pose is inspired by squirrels doing their best to beat the heat. You can do it, squirrels! I believe in you!

Grace is, of course, ignoring how Ashley was described as being a bigger "goody-two-shoes" than her, but then she's in a state of anxiety. I've visited that state a couple of times in my day. You don't really think of the good points against worrying until you're on the way out of it.

Sometimes, anyway. It's complicated and I am super oversimplifying BUT THE POINT IS she's focusing on what's worrying her, and she's biased because of Sarah, so THERE.

I had originally toyed with the idea of having Grace not accurately imagine Ashley's appearance, and possibly even having Ashley look completely different in each panel.

So, fun idea, but no. Grace's imagination gave Ashley a fun outfit, at least.