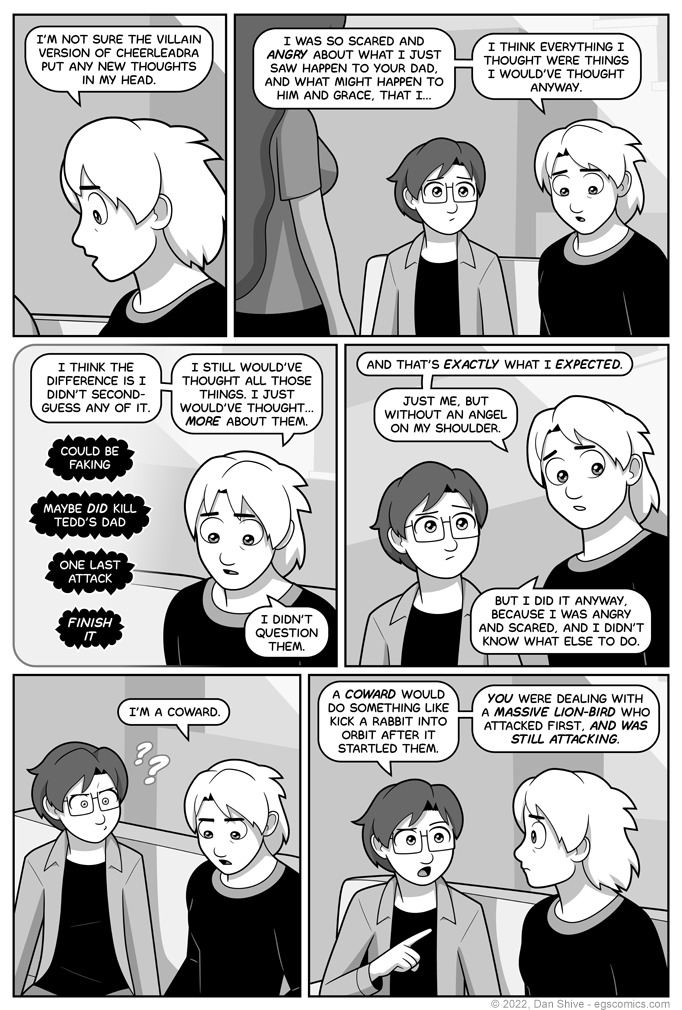 - No angel on Elliot's shoulder

YAY I can finally address in-comic what was up with those inverted thoughts. They were thoughts Elliot would have had anyway, but with their "buts" missing.

No, I'm not going to rethink how I phrase that.

I actually originally imagined Tedd looking more concerned than annoyed in the last few panels, but as I was drawing the comic, Tedd was just like "no. ANGRY EYEBROWS", and I had to go with it.

Also, no, I couldn't resist that "without an angel on my shoulder" line. If I had to justify Elliot saying it, he's been thinking about what happened quite a bit since it happened, and he's had time to think of how he'd put it if he was trying to get a good grade on a poem or something.

One reason I couldn't resist is because of how many times I've done the angel and a devil on one's shoulders thing in the comic itself, even if it hasn't usually been an angel or a devil. It's usually been stuff like "one's desire to do a flip", and "one's certainty that they can't do a flip", but less specific.