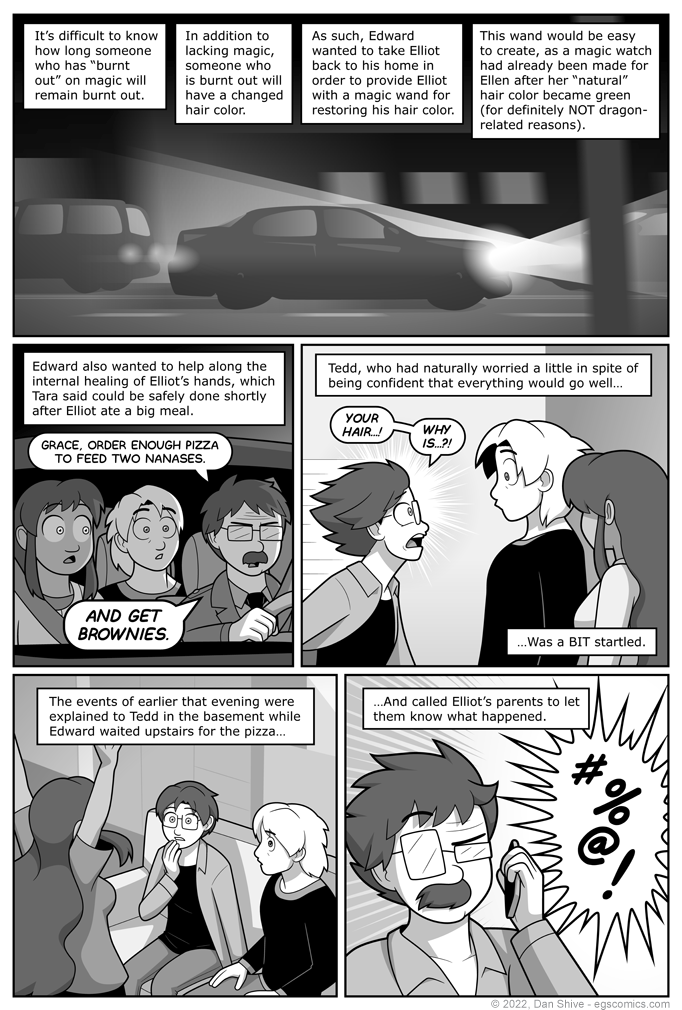 Upon asking for clarification, Edward clarified that he meant two large pizzas that would be shared. Whether this would be enough to feed two Nanases, let alone one, was heavily contested, but it was deemed a more than adequate amount for their group.

Elliot would have noted that he has a preference for buffalo wings from pizza places, but decided not to complicate matters further.