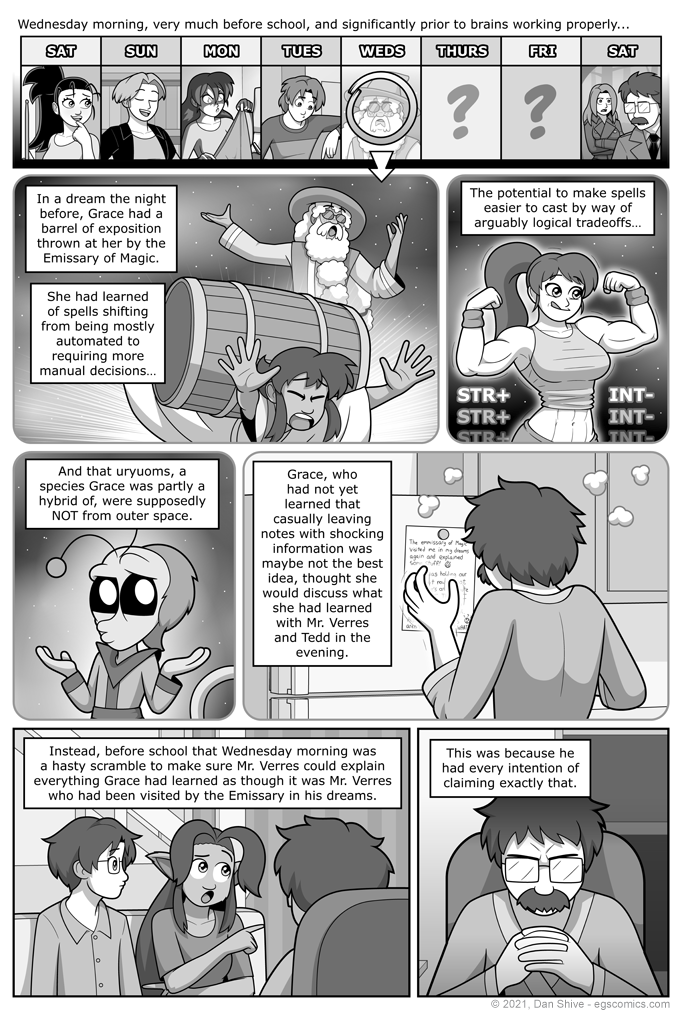 This should have been a Monday comic, but it became a Wednesday comic.

There are a few reasons for this, one simply being that this part is being carefully written, and it was actually a late decision to speed through this part via narration.

I will argue it was a good decision, because just trying to recap things these bits with dialogue would probably take a week or more to make it resemble anything like being in-character.

Another is that I didn't want to reuse visuals, and I very specifically wanted a panel with Grace getting hit by a literal barrel.

I tried to think of something else for panel two, but strength at the cost of intelligence is just something that illustrates the entire idea really well. It does this because it doesn't actually make sense mechanically, but it works as far as magic is concerned because of perception, tropes, expectations, etc.

Were this in color, I might have made the shrugging Uryuom hold up a flag, suggesting that they might be from the country with that flag while suggesting that even they weren't sure. In greyscale, I don't think it would've worked particularly well.

As for which country's flag, it would have been France. This is because of old Saturday Night Live sketches with aliens called coneheads (who claimed to be from France), and because Data from Star Trek: The Next Generation claimed to be from France that one time when he time traveled to 19th Century San Francisco (that sort of thing happens when you're in a Star Trek).