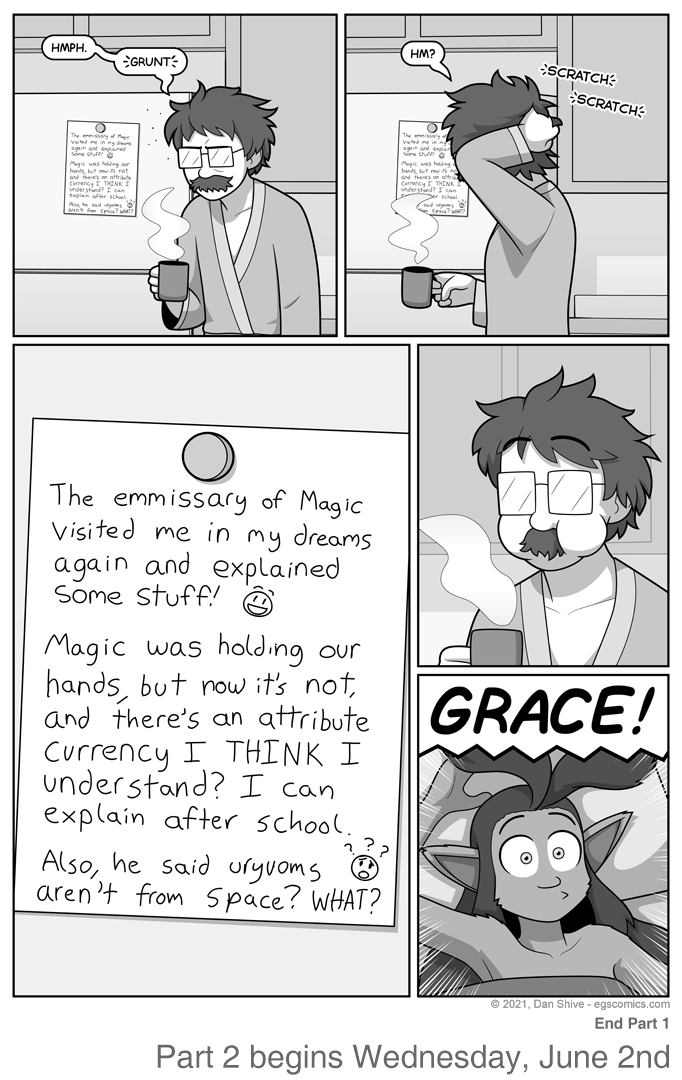 In case my--er, GRACE'S handwriting is difficult to read, here's the letter typed out (and yes, as I have just learned, there's a typo, which I will probably leave in because pens don't have undo buttons, and who among us hasn't misspelled "emissary" at least once?):

"The emmissary of Magic visited me in my dreams again and explained some stuff! :D

Magic was holding our hands, but now it's not, and there's an attribute currency I THINK I understand? I can explain after school.

This is page 24, but I accidentally labeled page 23 as 24, and I can't fix it without messing up various comic announcements elsewhere.

Which is a bit confusing, but it's less troublesome than there just being nothing if someone goes looking for page 23 or 24 manually.

This page effectively got delayed twice. First, it was because I had a health issue on Tuesday that meant I needed rest, and couldn't make the comic without feeling significant discomfort.

I then planned to have the comic done by early afternoon Wednesday! But then I slept through my alarm and didn't wake up for several hours.

To be fair, I probably needed that sleep, as I'd had hardly any, but it's never not embarrassing to sleep for several hours past a set alarm, and especially if you'd planned to get something done during that time.