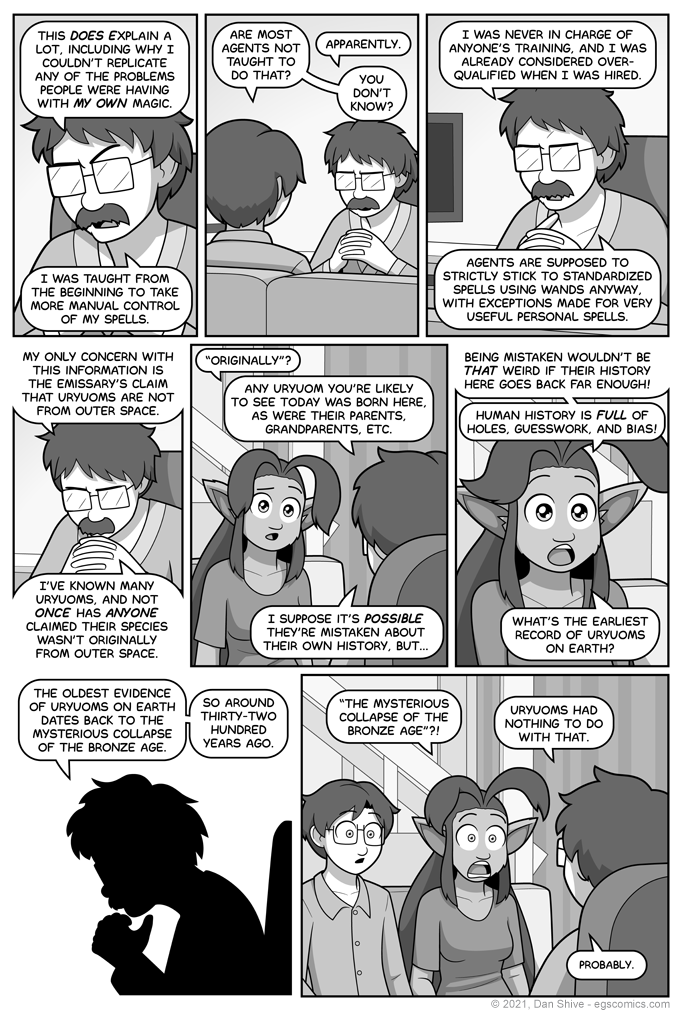 Either way, Uryuoms have been here a while.

If curious about the collapse of the Bronze Age, and the mysterious mystery of it, Extra History on the YouTubes can describe it better than I can.

If you want the short version (that I might have to correct in the next commentary), however, several relatively advanced civilizations all rather abruptly became NOT relatively advanced civilizations between 1200-1150 BCE. It would take several hundred years to reach that point of development again, and one reason it's so mysterious to us today is that there was significantly less writing during that time.

We have educated guesses about what happened, and a lot of different factors that could have added up to disaster, but it remains something we can't know for sure.