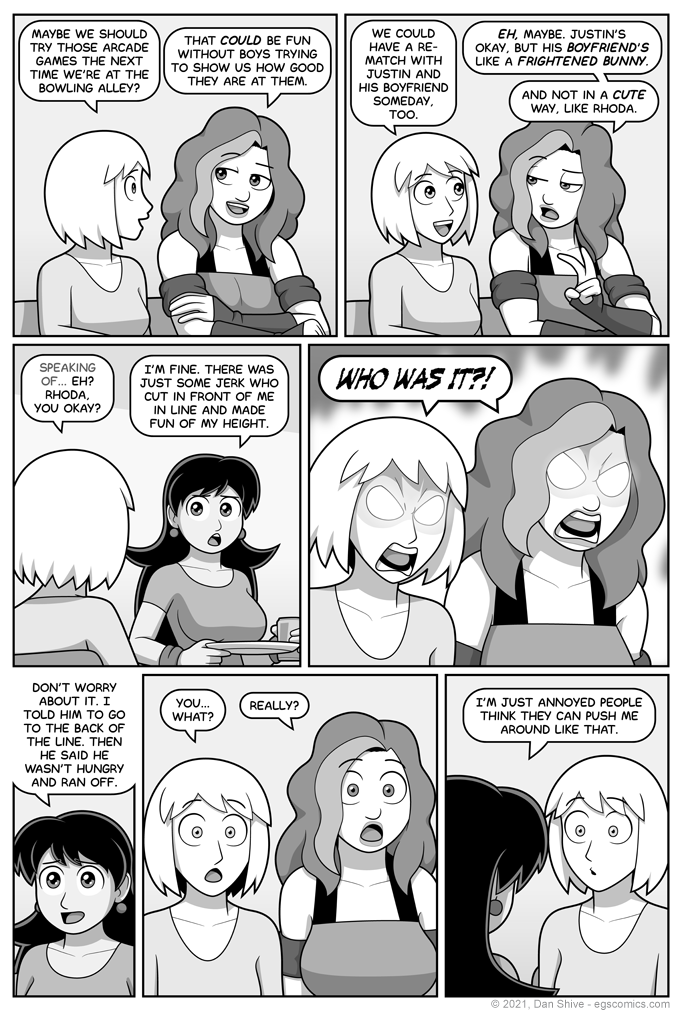 - How that double date wound up happening

That rematch would be for Justin and Luke to have another chance to beat them, by the way. Diane and Lucy have bowling SKILLS.

Well, maybe not professional level or anything, but way more than average, at least. I don't know what average bowling skill would actually be. 500 points? That sounds wrong. Better make it 600.

Anyway, I wanted Lucy to make a bunny ears gesture in panel two. That's why she's doing the thing.

I shouldn't feel bad for the jerk who got scared off, but I do. I don't get satisfaction out of people experiencing panic-level fear even if they've earned it somehow.

Someone realizing they messed with the wrong person and nervously backing off, great, but there's a point at which I'll flip from satisfaction to "aw, they're scared, now I feel bad."

Which isn't entirely rational, but that's how my brain is wired, and I'm stuck with it.